Home World Pardon for Joe Exotic? A US lawyer says 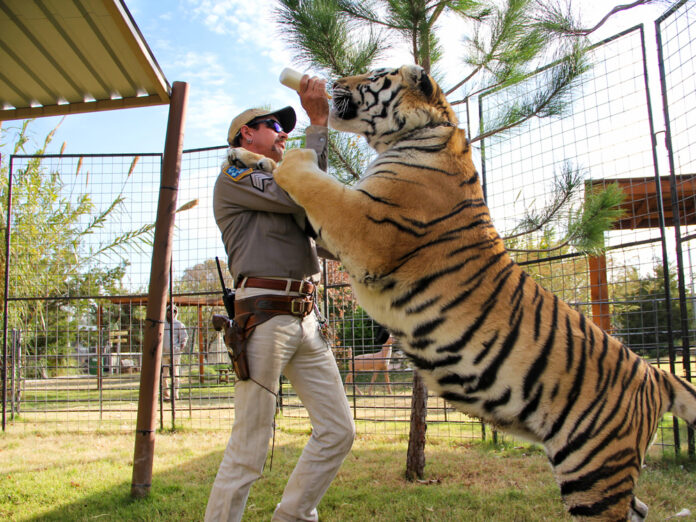 Does the big cat owner have chances?

During the corona crisis, for many streaming fans, there is no more fascinating series than the Netflix documentary “Tiger King” (in Germany “big cats and their predators”). This is largely about Joe Exotic (57), the former operator of a US private zoo full of big cats. Exotic was sentenced to 22 years in prison in 2019 for attempting to murder his rival Carole Baskin (58) and is currently in a prison in Fort Worth, Texas.

According to media reports, his team of lawyers, who are currently preparing the relevant documents, would like to ask US President Donald Trump (73, “The Way Up”) for a pardon. But is there any chance of success for Exotic? The news agency spot on news has with US lawyer Dr. Nick asked Oberheiden.

“The chances of a presidential pardon for Exotic are currently zero,” explains Oberheiden, “Contemporary people, especially well-known and esteemed artists, keep appealing to the respective president with legal problems – mostly via the media.” In particular, during an ongoing procedure or an appeal, such requests would only have media-effective, but not legal, chances of success.

According to Oberheiden, the incumbent US President received “thousands of requests for mercy” every year: “Historically, around 50-100 pardons per year have been used, with President Obama receiving almost 2,000 requests in the recent past and President Trump having only accepted 35 so far Represent assessment measures. ”

But can the president simply say theoretically that Exotic should now be a free man? Oberheiden clarifies: “Indeed, American presidents used to write handwritten letters of prison release.” Nowadays, given the flood of requests, the process is more bureaucratic. White House officials would review the petition for mercy through a pre-recorded protocol. “In exceptional cases, the president initiates the procedure himself,” said the legal expert.

Exotic’s 22-year sentence, which had been imposed by an American federal court, was “in line with expectations”. In contrast to US state courts, such as in the case of the former film producer Harvey Weinstein (68), “the possibility of a suspended sentence was abolished in 1984 for inmates”. This means that Exotic, more or less, even with good leadership, must complete the full sentence. The Netflix star is likely to be well over 70 years old before he is expected to be released.

One of the main witnesses in Joe Exotic’s trial, Allen Glover, is said to be biased, according to a report by the US celebrity portal “TMZ” . In addition, the big cat owner had announced several times that he wanted Baskin to be killed. Would someone do this who is actually planning a contract murder? Such doubts have no effect on a possible pardon, says Oberheiden, because the president is not a “fact judge”. “The question of a witness’s bias and the possibility of a misjudgment could, however, be the subject of the appeal.”