Home World Pebble Gear Kids: An affordable tablet for the little ones 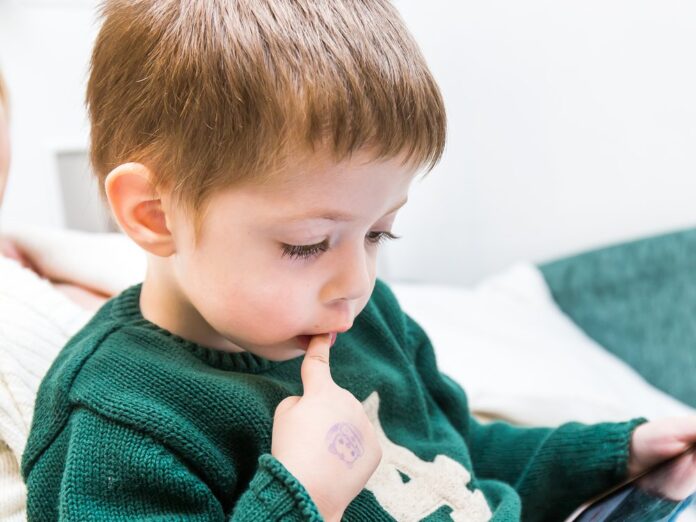 Anyone who has ever given a tablet or smartphone to a child’s hand knows how fascinating the devices can be for the little ones. And not only during the Corona crisis, parents should be happy when they can keep their kids busy for a little longer time – without the intro of “Bob the Builder” and Co. echoing through the apartment for the millionth time. Pebble Gear recently released the first devices from a new line of tablets specially designed for children. In the long run, this should be easy on the parents’ nerves.

The design already shows that the devices are designed for very small users – the age recommended by the manufacturer is three to eight years. The tablets with a 7-inch screen (17.7 centimeters) have so far been available in the Disney and Pixar versions “Die Eiskönigin 2” and “Toy Story 4”. In the future, tablets with the four-wheel protagonists from “Cars” as well as with Mickey Mouse and his friends will follow.

When you unpack the “Frozen 2” model, you will notice that the device looks robust and has a very thick protective cover, which should alleviate the consequences of falls and bumps. Technically speaking, the Android tablet does not have much to offer compared to conventional devices, but the whole thing is completely sufficient for the intended applications. Even if, for example, some games may experience stutters and longer loading times and the device sometimes reacts slowly.

The small screen with a resolution of 1024 × 600 pixels makes the tablet quite handy, with a weight of 280 grams it is also relatively light compared to the “big” competition. The built-in one gigabyte of working memory, a quad-core processor with 1.3 GHz and the cameras with a relatively low resolution are meanwhile no stunner. But it also ensures that the price remains affordable. Where the big ones sometimes pay four-digit amounts for tablets, the Pebble Gear Kids is already available for around 120 euros.

It is particularly gratifying that even technically inexperienced parents can set up the tablet quickly and easily for use. After the desired language has been selected and the device has been connected to your own WLAN, current updates are downloaded automatically. After creating a pin-protected parent account and up to four children’s accounts, mom or dad can, for example, determine how many hours a day their child can use the tablet before it refuses to work. With the right choice, the battery will last several days before the device has to be plugged in again.

But how exactly do Frozen Elsa and Cowboy Woody entertain their young fans? In addition to a few pre-installed, exclusive games and Disney picture books, according to the manufacturer, its own store offers more than 500 applications – most of them games. The biggest plus for the Pebble Gear Kids is that parents don’t have to worry about what kind of media their child uses with the tablet.

The system is closed and only allows you to use pre-installed or downloaded content from the in-house store. Older children, however, will miss the fact that they cannot watch YouTube videos or animated series on Netflix and Co., for example. In addition, popular games from other stores are missing, such as the soccer simulation “FIFA”. This should not be noticed by very young users, but older children will probably be disappointed. Normal internet surfing is also not possible.

The “GameStore Junior” itself can be used completely free of charge for one year, after which the fun, depending on the prepaid model chosen, costs five euros a month, just under 13 euros for three months or around 40 euros for another year. There are no advertisements like those seen in numerous smartphone and tablet apps. In-app purchases are also taboo. So it cannot happen that sons or daughters accidentally charge the family’s credit card. On the other hand, it is unpleasant that some of the content is not translated and is only available in English.

On the positive side, it should be emphasized that there is no need to have a WLAN connection to start already downloaded apps etc. For example, parents can also prepare for the holiday and fill the tablet with games for the little ones beforehand. With built-in memory of 16 gigabytes, it will soon be over if there are to be numerous apps, but the storage capacity can be expanded to up to 128 gigabytes.

All in all, the Pebble Gear Kids offers a completely satisfactory overall package at a still fair price, especially for younger children and parents who want sufficient control.