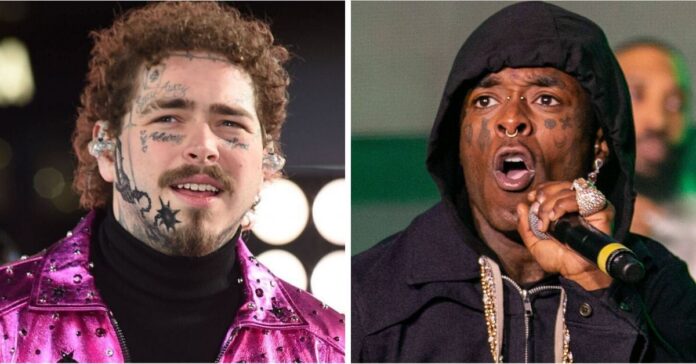 Post Malones manager indicated a possible collaboration between his client and rapper Lil Uzi Vert. Dre London, the manager of the ‘Circles’ hit singer, shared a throwback video on his Instagram account, in which the two musicians can be seen in the backstage area in 2015.

Malone’s collaboration with the rapper could be heard on his upcoming album, which will be the successor to ‘Hollywood’s Bleeding’ from last year.

I remember these two hustling from ground zero in 2015 To see the levels they’ve brought it to is amazing !! I know we got a lot of surprises on this next project, Maybe a Posty Vert idk ????? I just wanted to post this clip from memory lane !! #DreVision ??

“Maybe a Posty and Vert collaboration”

Dre London titled the review with the words: “I still remember how these two started from scratch in 2015. It’s great to see how far they made it !! I know that we have many surprises in store for this next project, maybe a Posty and Vert collaboration, I don’t know, I wanted to remind you of the good old days with this video clip !! ”

The manager of the ‘rock star’ interpreter recently revealed that the rapper is working on his next studio album. On his social media platform, Dre London announced: “I’m sorry, I can’t get rid of my brother Posty!”

And further: “I’m getting involved! Tonight we talked about FaceTime, now we’re just going to quarantine album mode! If we don’t connect the energies together, how should the [world] be able to enjoy this summer? Let’s tackle it !! I will hear from you soon again brother! ”

The 24-year-old Malone also confirmed that work on the new studio album had started. (Bang)