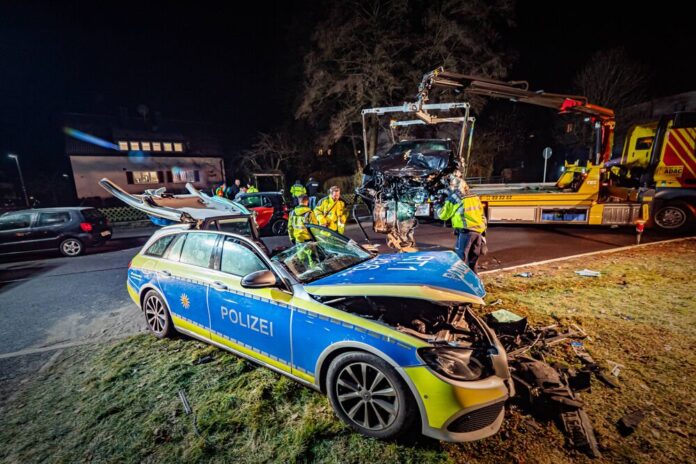 Serious accident on the mission: patrol car overtaking with blue lights and a special signal on a car driving on a country road – the vehicle suddenly turns left – both cars collide, all four occupants are injured.

A serious traffic accident on the mission: A police patrol car from Brandenburg / Havel was on the way to a traffic accident in the afternoon when the VW Touran overtook a VW Passat on the Mötzower Landstraße with the flashing lights and Martinhorn on. The driver of the patrol car had apparently completely overlooked the patrol car and suddenly turned left without warning. Both vehicles collided, the car turned.

All four inmates, the two police officers and the car driver and his passenger, came to the hospital. Colleagues from a remote office in Schönefeld recorded the accident so that neutrality was maintained. It is unclear why the car driver neither saw the patrol car nor heard the special signal.