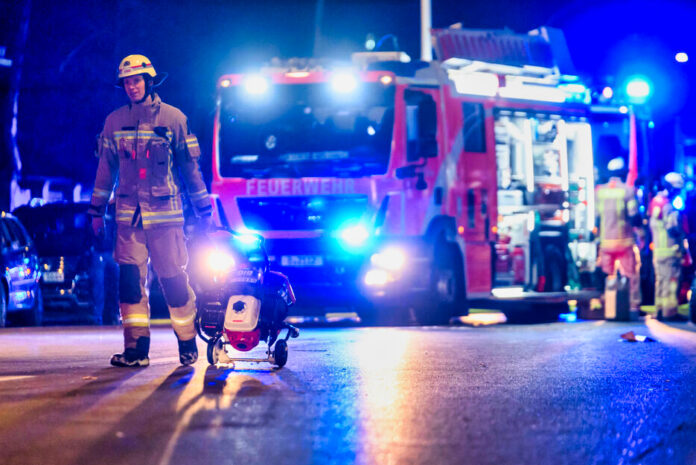 Emergency response by the fire brigade in Essen. And the firefighters were amazed when they realized what task was waiting for them. A little boy was stuck on a 15-meter dormer waiting for his rescue. Previously, several guardian angels had apparently ensured that the boy had not fallen from a great height on a rather unusual excursion from the window of his room.

This curious case with a happy ending had taken place in Essen early Saturday morning. There, a 6-year-old boy had climbed out of the window of his room onto a gable roof. The boy then crossed the entire roof and reached the roof of the neighboring house. From there the excursion continued to the roof of a third house, from where it was impossible for the boy to return. Therefore, he stayed at a dormer at a height of 15 meters.

During his outing, the boy was barefoot and dressed only in light pants and a T-shirt. To make matters worse, the boy was also surprised by a heavy downpour. Fortunately, a neighbor discovered the boy on the roof and was able to inform the rescue workers. By the time the fire department arrived, the man had worked himself as close as possible to the boy’s position, regardless of the dangers, to reassure him.

First, however, the rescue workers had to solve a significant problem. Because with the turntable ladder the place where the boy was stuck could not be reached. Therefore, the firefighters initially placed several jump pads in the courtyard to cushion a possible fall of the boy. Finally, the rescuers walked across a neighboring house on the way to the boy. One of the height savers was able to get to the boy. Then he took the boy in his arms to the ridge, from where rescue with the aerial ladder basket was possible. As the fire brigade announced after the mission, the boy got away with the horror. The child remained intact except for slight hypothermia. Nevertheless, he was taken to a hospital as a precaution in the presence of his mother. What exactly the boy had planned on this dangerous excursion is still unclear.