Home World So the "crime scene: Borowski and the curse of the white seagull"... 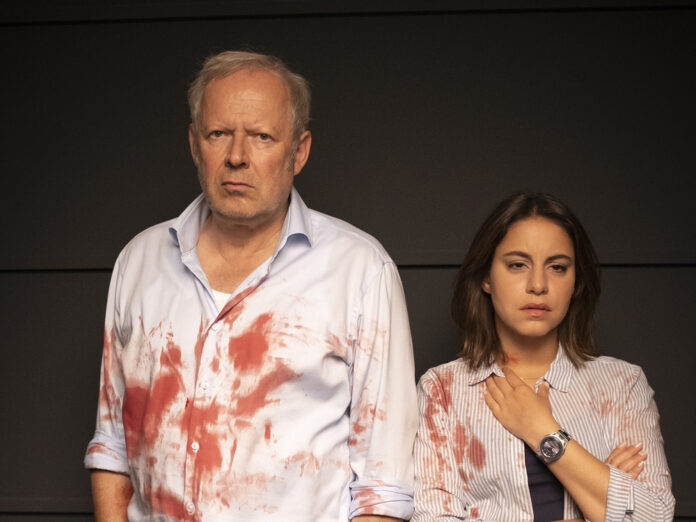 On Sunday evening (May 10th) at 8:15 p.m. Axel Milberg (63) slipped again into his prime role of the Kiel Commissioner Klaus Borowski. In the “crime scene: Borowski and the curse of the white seagull” there is a bloody murder at a police school. A young policeman is stabbed right in front of his eyes. At first, the investigators are completely in the dark: How could this happen? And more importantly: why?

Commissioner Klaus Borowski and his colleague Mila Sahin (Almila Bagriacik, 29) give a workshop at a police school. A fatal incident occurs during a practical exercise: Police student Nasrin Erkmen (Soma Pysall) suddenly brutally stabbed her classmate Sandro (Louis Held, 24). A little later, he succumbs to his serious injuries. Nasrin is arrested immediately, but cannot remember anything. Borowski and Sahin begin the investigation.

Meanwhile, a world breaks down for Nasrin’s friend Tobias (Enno Trebs, 24). He was also a workshop participant and had to watch his great love kill a colleague. The young policeman is desperately looking for an answer. During the investigations, the commissioners uncover a connection to Nasrin’s friend Jule (Caro Cult, 25), who plunged from a high-rise roof to her death shortly before. How is it all related?

Without a doubt, “Borowski and the Curse of the White Seagull” is a worth seeing “crime scene”. In this case, the commissioners are gripped more on the emotional level. Finally, a policewoman goes crazy during her workshop – which is why the question of guilt hovers like a dark cloud over the heads of the investigators for the entire 90 minutes. In this heated situation, Borowski and Sahin sometimes come together. Instead of taking on the roles of the teacher and the young student, the two meet at eye level.

The “crime scene” comes up with some surprising moments that should give the viewer an adrenaline rush. In addition to the insight into the challenging everyday life of police students, the consequences of a severe trauma become apparent, which trigger a spiral of violence.

In this case, Borowski acts as a supporting character – which speaks neither against the acting performance of Axel Milberg nor against the plot of the crime thriller. Rather, it testifies to a grandiose ensemble in which the figure of the investigator fits wonderfully. For example, Kida Khodr Ramadan (43) shines in the role of an embittered father who mourns his dead daughter Jule.

There is also a certain drama in the symbol of the eponymous seagull, which appears again and again in the course of the “crime scene”. The camera team plays with the motif and the audience flies like a bird over the roofs of Kiel at the beginning. The flashbacks from Nasrin are also staged in a great way, giving you goose bumps thanks to visual and sound effects.

However, if you can’t see any blood, this is the wrong place for this thriller. Almost à la Quentin Tarantino (57) some of it flows – even the two commissioners are covered with it from top to bottom. Everyone else can look forward to an exciting and successful “crime scene” on Sunday evening.