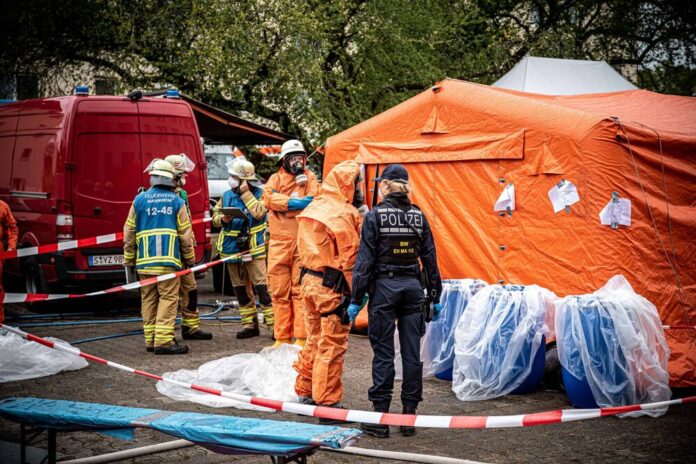 Already on May 2nd a walker had in a forest

made a terrible discovery in the Birktal near Ingolstadt (Bavaria) when he discovered a human skull and other bones. Investigations by the police had shown that it was the remains of two people. The officers quickly discovered that the skeletonized bodies were the remains of a young couple who had been missing for almost 18 years. Now it is clear that the couple has been killed in a double murder.

Shortly after the bodies were found, the investigating officers found out that the two bodies were

Sabine Pfaller (23) and her friend Eugen Sambrschizki (21) acted. The couple had been reported missing by relatives almost 18 years ago when the two had not been seen for a long time. At that time the couple had disappeared from Samzbrschizki’s apartment. The Institute of Forensic Medicine in Munich has now completed the autopsy of the bones. And comes to the conclusion that Sabine and her friend Eugen died as a result of massive violence. According to information from the “Bild” newspaper, the victims of the violence were probably smashed into the skull with a blunt, heavy object. Now the public prosecutor’s office in Ingolstadt has launched an investigation into two murders. At the time of the disappearance, the couple was assigned to the drug scene in Ingolstadt. “After the bodies have been found, clues and findings from the past can now be re-evaluated and assigned,” said a police spokesman.

A year ago, Sabine Pfahler’s mother had spoken to the newspaper “Donaukurier”. The mother simply could not put up with the fact that after such a long time there had been no clues as to the whereabouts of her daughter: “Something always remains, there must be some indication of where they could be. Why not with my Sabine? There has to be someone who knows something. ”So after long years, Sabine’s mother finally has certainty: her beloved daughter was killed together with her boyfriend. It will be interesting to see whether the couple’s murderer can still be determined after such a long time.