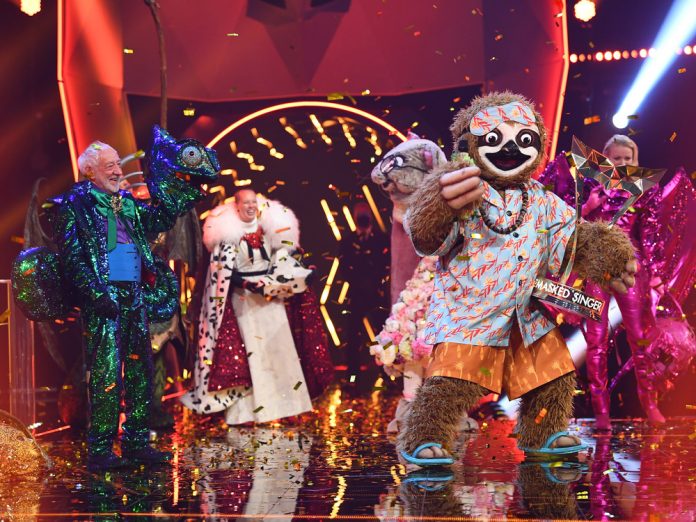 What a bombastic success for ProSieben and “The Masked Singer”: According to the broadcaster, yesterday’s final, which the sloth Tom Beck (42, “4B”) won, turned on an unbelievable 10.37 million viewers from the age of 3. A quota that is usually only reached by top dogs like the “Tatort” and the “Jungle Camp” on German television. More than half of the entire TV audience, 54.2 percent to be exact, were there live when the winner removed the mask. On average, 36.9 percent of the 14- to 49-year-old target group viewed yesterday’s decisive episode.

Channel head Daniel Rosemann spoke of a “fabulous conclusion” and thanked moderator Matthias Opdenhövel (49) and the rate team consisting of Ruth Moschner (44) and Rea Garvey (46) and the respective rate guests. “It was a great, but not an easy season,” said Opdenhövel after the final. The general conditions with a ban on the public and a two-week Corona break were extreme. “We felt that in these times we had a responsibility to offer the viewers a little distraction at home,” said Opdenhövel. That motivated everyone.

As ProSieben announced a few days ago, “The Masked Singer” will get a third season this year. The successful show is already being extended in autumn. Then, at least those in charge hope, again with a studio audience.