Home World This is behind the new Netflix series "Reality Z" 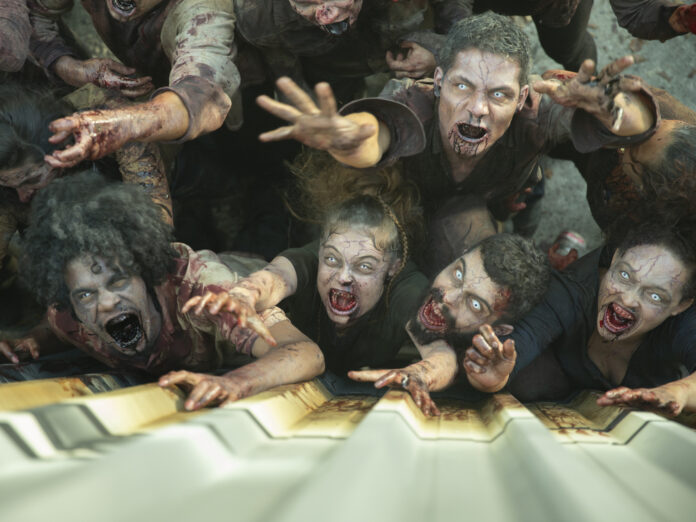 Half zombie horror, half "Big Brother"?

Many a Netflix user is amazed. Because since June 10, a new series suggestion may appear on the home page that seems like a bad joke. At first glance, "Reality Z" seems to be a reality format of the "Big Brother" brand – but with zombies! That's what the unusual crossover is all about.

“Reality Z” is a Brazilian series that shows the production of the fictional reality show “Olimpo”. As with the "big brother", there is a group of colorful people in a container that is cut off from the outside world and monitored by cameras 24 hours a day. It is just stupid that the outside world is haunted by the zombie apocalypse and at first none of the residents notices it.

“Reality Z” is a series that puts “The Walking Dead” into a “Big Brother” setting. However, it is not a reality show in which real candidates are duped in the manner of “hidden cameras”, should this question cause confusion for some Netflix users. And one thing it is also not: a new idea. Strictly speaking, it is actually an exact copy of the “Dead Set” mini series by “Black Mirror” inventor Charlie Brooker (49), which was released in 2008. However, the Brazilian counterpart now has ten episodes – providing twice as much zombie entertainment compared to the British original.