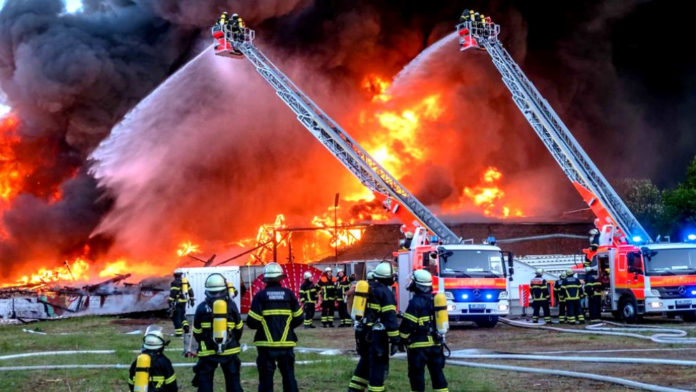 Dramatic scenes in Cologne! An entire house has exploded! Large debris field and dense cloud of dust at the scene of the accident. One person missing in the rubble, four injured. Neighboring houses badly damaged!

Serious house explosion on Wednesday afternoon in Cologne-Buchheim: A violent explosion caused a row house in Wichheimer Strasse to collapse, and the adjacent buildings were also partially badly damaged. Some of the countless rubble was hurled up to 100 meters, a dense cloud of smoke and dust could be seen above the scene of the accident. A large contingent of fire and rescue workers was alerted. The extinguishing forces finally managed to control the fire triggered by the explosion.

Four people were slightly injured; a man – the resident of the affected house – is still suspected in the rubble. Search dogs were requested to assist in the search for the missing. It is currently still completely unclear how the accident could have happened. Corresponding investigations are initiated if the ruin can be entered safely.