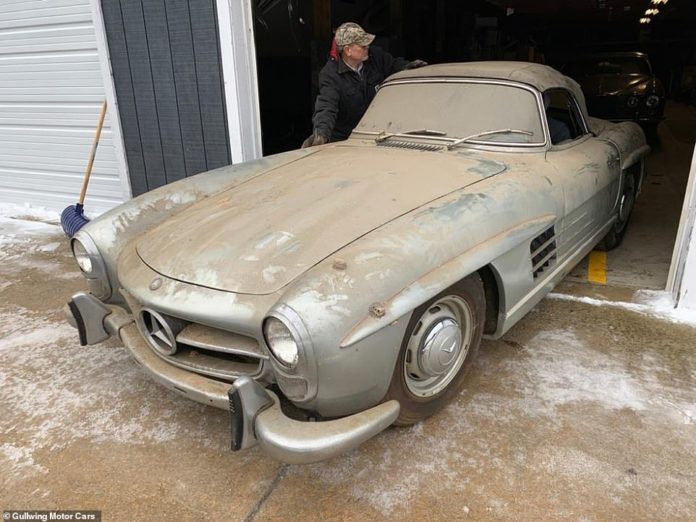 A spectacular find in a relative's garage turned a US citizen into a millionaire practically overnight. While rummaging through a relative's garage, the man found a 1960 Mercedes 300 SL Roadster. A rare model, of which only 1,458 were produced between 1957 and 1963. A specialist dealer for classic cars was now able to sell the car at a record price.

As the Daily Mail reports, the finder had discovered the car in a garage in the US state of Indiana. Apparently the car belonged to a German doctor who had emigrated to the USA and had had the car in the garage since 1980. The Finder is a relative of the now deceased doctor. The doctor had collected cars and the now discovered Mercedes Roadster had been the icing on the cake of his collection. The spectacular find has now also paid off financially for the finders.

Another advantage for the finder was that the car had hardly been driven. Overall, he only had 14,558 miles (23,400 kilometers) on the speedometer and was in exceptionally good condition. The finder then commissioned a US dealer specializing in classic vehicles to sell the classic car. And now the finder could look forward to an unexpectedly high check, as it were, because the dealer managed to sell the car at a price of more than one million dollars. A nice sum that the happy finder will have been delighted with.