Home Politics What will change in Russia on April 1 : pensions, benefits, oil 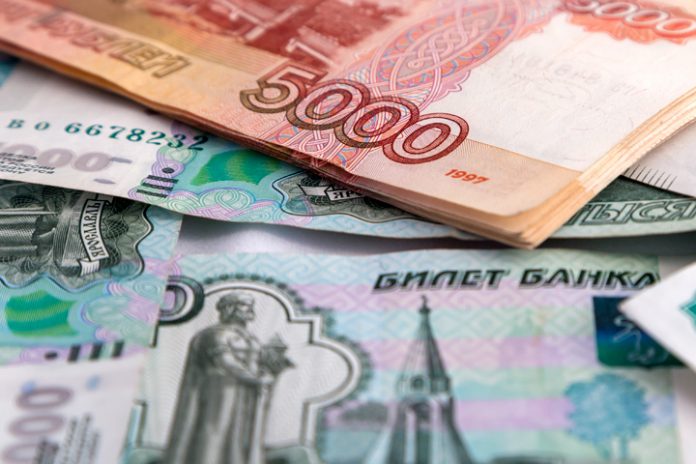 Pension index, but not all

From April 1, will be indexed to the social pension of the Russians. A Supplement to pensions by 6.1% to receive 4 million people. Indexing will affect those who do not have enough experience for appointment of labour pension, the disabled and children receiving a pension for loss of breadwinner, as well as those who have both parents are unknown. The size of social pension will amount 9878 rubles.

increased pension military, participants of the great Patriotic war, Leningrad siege survivors and victims of radiation and technical disasters. It is assumed that the indexation of social pensions, the government will spend 21.7 billion rubles.

Commented the head of Department of analytical researches “Higher school of financial management” Michael Kogan: “Increase of social pensions to a higher level of inflation has been planned and partially offsetting the lower the indexation rate of 2% and 2.9% in the previous two years. At the same time, due to the introduction of quarantine measures for the category of people that is a recipient of the social pension, there is the option of paying them ahead of time.”

In April, the Russians should get help, voiced by President Vladimir Putin in connection with the coronavirus. Social benefits will be extended automatically, without following the formal procedures and confirmation of rights on them. The maximum unemployment benefit will increase from 8 thousand rubles to 130 rubles 12. From the beginning of April and within three months of the families entitled to maternity capital, will receive an additional 5 thousand rubles for each child up to three years.

Easing forward, and business. From 1 April, small and medium business will get a reprieve on all taxes except VAT for 6 months and the semi-annual moratorium on their bankruptcy and collecting from them debts and fines. Micro-enterprises will also receive a deferral and on insurance premiums.

Commented former economy Minister Andrei Nechayev: “a package of laws to support businesses and the public – this is good. But still people and businesses need cash but no benefits. As for the business, government seems to promise support, but at the same time forcing him to pay the salary during the off weeks, and do not take these expenses on.”

on 1 April ceases to operate the OPEC agreement regarding the reduction of oil production. The decision on cancellation of the transaction in early March brought down the price of oil and exchange rates. The parties were unable to agree on the extension of the agreement. From 1 April the cartel countries and the extended group OPEC+ have the right to start increasing production. However, from 1 April in Russia will begin to apply tax exemptions to companies developing new fields and production of hydrocarbons in the Arctic.

Comments investment strategist “BKS the Prime Minister” Alexander Bakhtin: “According to our estimates, the oil market in the foreseeable future will remain under extreme pressure, caused by the imbalance of supply and demand. Now the supply exceeds demand by 10-15 million barrels a day.

With the end of the official actions of OPEC Pact+ price confrontation exporters will increase and will further increase the pressure on the oil quotes. We expect that in April oil prices may short-term be reduced below the level of 20$ per barrel. Arctic projects of Russia for decades to come, given the depletion of oil fields in Siberia. Oil prices may be low for several months, but then will rise as the recovery of demand after the pandemic. Accordingly, given the oil prices and tax incentives, the implementation of these investment projects will make sense.

the holders of the loans offer a mortgage

the Central Bank reduces supplements risk factors for UIthe edema. In other words, if before April 1, the borrower with the existing loans could refuse your mortgage, now to get it will be easier. In such action the regulator has gone to meet the demand for mortgages, against the background of falling of the ruble and increase in mortgage rates.

Alexander Bakhtin: “We expect to reduce the issuance of new mortgage loans, as some banks have already raised mortgage rates, making it less attractive for people. In addition, in conditions of massive pressure “viral” factor on the economy to the welfare of the population also will suffer significant damage. Hardly giving people free access to debt Finance. According to our estimates, the rate of growth of the mortgage portfolio of banks this year could slow to 10% and below”.

From 1 April to 30 June 2022, the Central Bank resets its rates for banks for transfers up to 100 thousand rubles between individuals in the System fast payments (SBP). Thus for citizens transfers should become cheaper as banks will not have to pay Commission of the Central Bank for his services operator payments, but will themselves appoint a Commission fee for the client. SBP allows to transfer the recipient’s phone number, even if the parties have accounts in different banks. Now the system has more than 50 banks and electronic payment services.

Alexander Bakhtin: “Zero tariffs in the System of quick payments should contribute to the further popularization of the URS as an alternative to the traditional transfers from card to card”.

Commented the head of the Luxembourg office consulting groupPY “KRK Group” Nikita Ryabinin: “Formally, these requirements are imposed to ensure national security and the integrity of the payment space of the Russian Federation. In fact, this strengthening of control by the Central Bank of the Russian Federation on financial institutions in terms of their interaction with foreign payment systems. More control will be the activities of the foreign operators of payment systems. Payment systems such as Visa, MasterCard, American Express, innovation is not affected, as they already have registered in Russia operators. These systems are payment systems rather than foreign.”

From 1 April to 31 may, suspended flights of a loukoster “Victory”, including flights to Russia.

About the debts under taxes, fines and penalties, the Russians will notify via SMS and e-mail.

Certificate of the parent capital will begin to execute through a simplified procedure. April 15 at birth of child parents need to register the baby at the registry office and get a birth certificate. All further information will come automatically to the Pension Fund of Russia, where after checking the data, will issue the certificate and send information to the mother. The terms of issue of the certificate will be reduced from 15 to 5 days.

From April the coefficient of bonus-Malus (MSC) in insurance will be recalculated for all motorists. Under the new rules, the rate will vary based on the number strass compensation for the previous year. The more, the higher will be the insurance policy.

Read also: Putin and tsunami coronavirus: Russia not to avoid a hard scenario