Home World Will the Bundesliga continue from May 9? This is how the various... 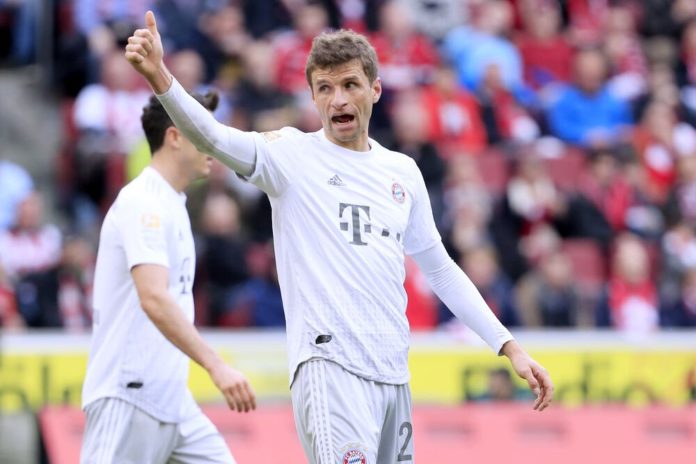 For a few weeks now, the game has been suspended in the 1st and 2nd Bundesliga. Many clubs are already struggling with enormous financial problems. In order to avoid the risk of bankruptcy, the current season should definitely be ended. If it comes to the DFL, the continuation of the season should start on May 9th. This is how other stakeholders think about this proposal.

The Bundesliga is said to have completed the current season by June 30 at the latest. But some interest groups have different or even contrary opinions. The next meeting of the DFL is to take place on Thursday and then the clubs are to be informed of how exactly it will continue. While the Prime Ministers Marcus Söder (Bavaria) and Armin Laschet (North Rhine-Westphalia) started May 9 as the starting date, the Federal Ministry of the Interior had spoken out in favor of continuing the season from mid to late May. In politics, however, there seems to be a general consensus that gaming operations should be resumed in order to give the citizens back a bit of normalcy. The Federation of German Football Teachers (BDFL) sees the ghost games as only a temporary solution. “Fans of a Bundesliga match like we imagine it to have. Without this external framework, all emotions associated with it will be lost, ”says BDFL President Lutz Hangartner. The season should only continue if all health problems could be excluded. “I believe that in coordination with the clubs, the DFL will come to an amicable decision about the continuation of the games, taking into account all security aspects (…),” said Hangartner.

Most professional clubs have already resumed training. But here too, as is generally the case, care is taken to keep a distance and to comply with the hygiene regulations. Instead of one-on-one training, goalscoring exercises are increasingly on the training schedule. For the players’ union VDV, the health of the players is also in the foreground, but many players themselves would rather be on the field again today than tomorrow. “Of course, the players also want the ball to be able to roll again as soon as possible,” says VDV Managing Director Ulf Baranowsky. But the VDV also makes it a prerequisite that this is responsible from a medical point of view. Baranowsky rejected the idea of isolating the players. The contracts of the players would not provide for this and there is general doubt that the risk of infection could be reduced in this way.

While most fans would be happy if the season finally continued, other interest groups, especially from the field of ultras, are calling on the current situation to be used to initiate a much-needed change in values. “We no longer want to discuss symptoms, but instead want to finally talk about the disease and ways to improve football,” says the organization “Our Curve”. A healthy balance between social responsibility and economic interests should be found. Many ultra groups are also skeptical of ghost games. “Professional football has long been sick enough and should remain in quarantine,” says a statement.

The police union (GDP) sees no sense in continuing the Bundesliga during the epidemic. There one sees above all the danger that numerous fans would come to the stadiums despite the ban on contact. “Football games would then mean an even higher personnel expenditure for the police”, said the deputy federal chairman of the GDP, Jörg Radek. Erich Rettinghaus, head of the German Police Union in North Rhine-Westphalia, is in the same horn: “Events like this, which also involve bundled arrivals of fan groups, would present us with personnel challenges.” It remains to be seen what results will be communicated after the DFL meeting on Thursday .