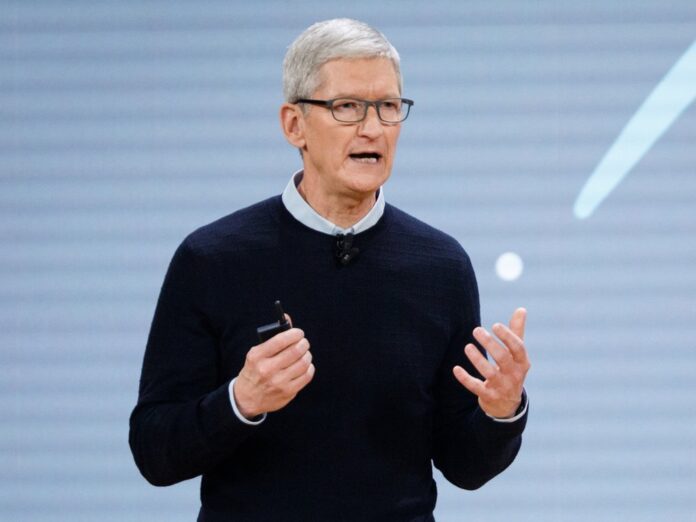 “We have to be the change”

After the violent death of African-American George Floyd after being arrested by several police officers, millions of citizens continue to take to the streets of the United States every day. Numerous celebrities and companies support the protests, including the tech giant Apple. Tim Cook (59), chief of the iPhone manufacturer, has published an open letter on the company’s website in which he clearly positions himself against racism.

Pain has “etched deeply into the soul of our nation and into the hearts of millions. To stand together, we have to stand up for each other and understand the fear, pain, and indignation that has rightly been provoked by the senseless killing of George Floyd and a much longer history of racism, ”Cook says. While the laws would have changed, “colored communities would still have to endure discrimination and trauma”.

As a company, they always tried to be inclusive and welcomed diversity. “But we have to do more,” Cook continues. The aim is to continue to support disadvantaged school systems with resources, to combat climate change and to further promote the diversity and inclusion already mentioned, “so that every great idea is heard”. They want to donate to nonprofit organizations, including the Equal Injustice Initiative, which fights injustice and works, among other things, for prisoners who may have been illegally convicted of a crime.

According to Cook, Floyd’s death is “shocking and tragic evidence that we must set higher goals than a ‘normal’ future and form one that meets the highest ideals of equality and justice. […] With every breath we have to commit to being that change and to creating a better, fairer world for everyone. ”