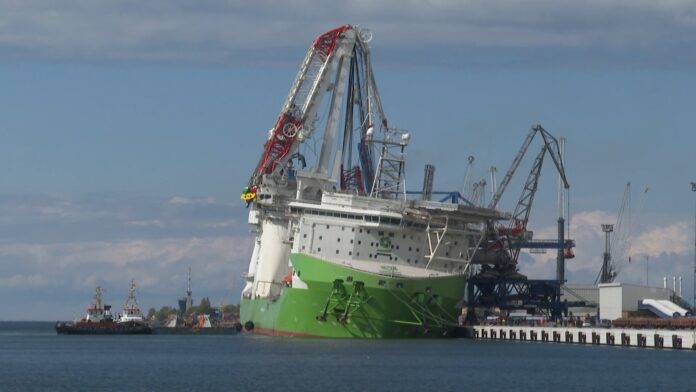 There was a serious accident at work in the Rostock harbor on Saturday afternoon. The special ship “Orion” with a loading crane was docked on an investor, which was soon to be delivered to a customer. However, the crane had to pass a load test beforehand. According to several statements on site, the device lifted a 5,500-ton pontoon filled with water. However, for reasons that are not yet clear, the machine was unable to carry the load. The rope broke and the crane collapsed. The jib buckled and landed on the ship. The freighter was also damaged and got hit.

Several people were in the crane cab at the time of the accident and were trapped in the accident. The fire department’s rescuers were in action and had to free the victims from the steel mesh. According to police, there are two serious and three minor injuries. A total of 120 people were on board, who are now being looked after. Several ambulances and emergency doctors are on site, and a helicopter has landed. In addition, large amounts of oil leak out, which the fire brigade has to collect before they get into the water.

It is the second accident on the site within a few months. In January, two loading cranes fell into the water during tests. The salvage then took several months.