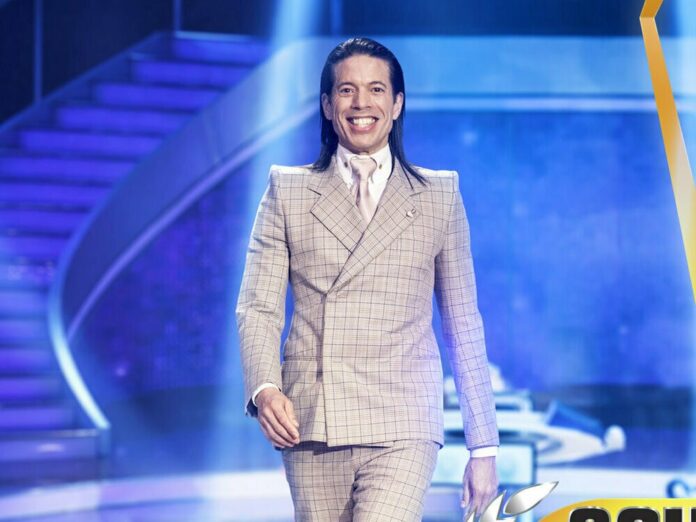 His opponent is Thomas Hayo

Jorge González (52) has made a name for himself in the German TV landscape as a bird of paradise. The Cuban could also have pursued a career in science. Here are five exciting details about the life of the “Let’s Dance” judge, who will compete against Thomas Hayo (51) on May 2 (8:15 pm, ProSieben) for the 50th edition of “Schlag den Star”.

The TV jury was born in 1967 as Jorge Alexis González Madrigal in Sancti Spiritus in Cuba. However, at the age of 17 he left his home country because he always had the dream of going to Europe. Therefore, he went to Bratislava to study, as he once said in an interview with RTL and emphasized: “It had nothing to do with my homosexuality, as many write.” González studied nuclear ecology in Czechoslovakia at the time and graduated in 1991 with a diploma. During his studies, he made his first contacts with the fashion scene and got some model jobs before moving to Hamburg.

In Germany, in addition to his work as a stylist and image consultant, he made a name for himself primarily as a TV face. From 2010 to 2012 he mixed up “Germany’s next top model” as a catwalk trainer, and since 2013 he has been a judge for the “Let’s Dance” dance pairs. His trademark: the Cuban always combines an extravagant outfit with high heels. His long-time friend José Benedi, who also comes from Cuba and has known González since childhood, is mainly responsible for his unusual costumes. Benedi actually only designs women’s collections, but makes an exception for his buddy, as González tells the “HNA” . But the TV judge himself also demonstrates designer qualities …

González has been designing the costumes for the Cuban dance show “Ballet Revolución” since 2012. He can combine his passions for fashion and dance, because his first career aspiration was to become a dancer. In 2011 and 2012 he also designed four “Chicas Walk – Party & Glamor” collections for the online fashion house Bonprix. In 2012, the all-rounder started two other activities in show business: González published the song “Don’t Touch My Shoes” and got a guest appearance in the series “Notruf Hafenkante” and the telenovela “Anna und die Liebe”. In 2019 he was seen in the German cinema production “A very hot number 2.0”.

González spends his free time mainly with dog Willie, whom he “saved from the garbage can”, as he told in the RTL interview . “He was covered in blood and almost died. Since then we have been a heart and a soul, ”he added. He named him after the film “Free Willy” – like the whale in the film, he is now free and is doing well. Since 2015, the animal lover has also been an ambassador for the “How to wear fur” campaign by the animal protection organization PETA. González keeps his private life largely out of the public eye. He has been in a relationship with a German man for over 20 years, and the two have been engaged since 2006, as González “Bunte.de” revealed in 2013 . It is not known whether they have already celebrated weddings.

In “Beat the Star”, the “Let’s Dance” judge must now show brains, but also his sportiness. He could benefit from his experience playing games with the round leather: Since 2011, he has been playing regularly in the benefit game “Kicking with heart” in favor of children with heart disease in the FC St. Pauli Allstars team. Will his soccer skills help him survive against Thomas Hayo? The two men compete against each other in up to 15 rounds. The winner will receive 100,000 euros for a good cause.