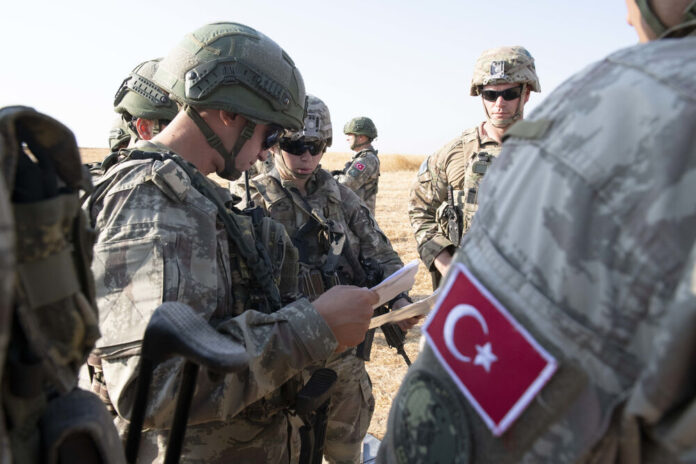 There has recently been great tension on the border between NATO’s partners Turkey and Greece. Now even a German Frontex patrol was shot at by Turkish soldiers. There has been undisguised hostility between the two countries for years.

In an incident on Thursday evening, commands from the Turkish gendarmerie in several rubber boats fed the Greek waters of the Ebro border river.

Glare grenades were fired at the bank of the Greek side and several bursts of fire from automatic weapons followed. A Turkish border soldier had opened fire on a patrol of the federal police two days before this incident. The “We” had recently reported on this incident, referring to an internal Frontex paper. The German news magazine also writes that the Federal Ministry of the Interior has confirmed the incident described.

Immediately after the patrol came under fire, the federal police officers had to take cover. Fortunately, the Turkish soldier missed his target and no one was injured. After the incident, the federal police had observed through the binoculars that a total of six Turkish soldiers had positioned themselves behind the border and launched automatic rifles on the German patrol. In the meantime, the incident has also been confirmed by government circles in the Greek capital Athens. The incident is said to have occurred in the village of Tychero and, according to Greek information, clearly shows who is causing the tensions in the border area.