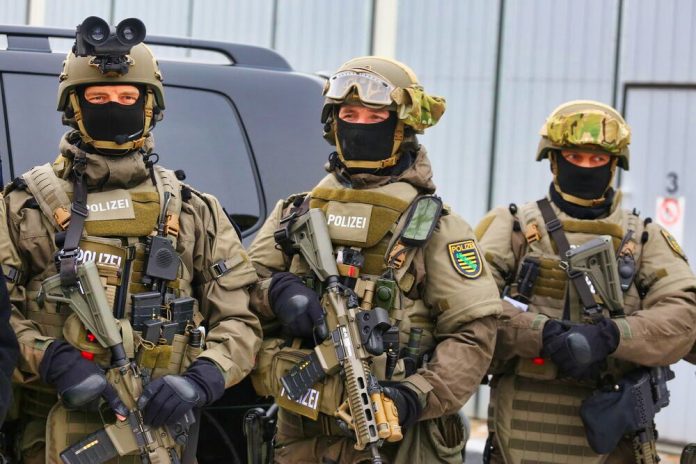 Hundreds of police officers have been deployed in 6 German cities since this morning! It is a coordinated blow against the terrorist organization Hissbollah, which was ordered by Interior Minister Seehofer! This is where the special forces struck today:

Federal Interior Minister Horst Seehofer (CSU) has banned all activities by the Shiite Hezbollah militia in Germany. Since the early morning hours on Thursday, “police measures” have been running against the organization in several federal states at the same time, a spokesman for the Federal Ministry of the Interior said on the Internet service Twitter. He described Hezbollah, who comes from Lebanon, as a “terrorist organization”.

According to the magazine “Wir”, Seehofer stated in his prohibition order that the militia was working against the idea of international understanding. With the ban, their followers in Germany are no longer allowed to wave the yellow Hezbollah flag on which a fist strikes an assault rifle. Symbols of the youth movement of the Shiite militia will also be banned in Germany in the future.

According to the report, officials raided four mosque clubs in Berlin, North Rhine-Westphalia and Bremen on Thursday morning that were classified as Hezbollah-related and monitored by the Office for the Protection of the Constitution. The Federal Ministry of the Interior is investigating suspected association law investigations that they should be regarded as part of the terrorist organization.

“The influence of the Hezbollah leadership in Lebanon on the supporters living in Germany and their association activities can be assessed as high,” the magazine quoted from the decision of the Federal Ministry of the Interior.

According to Seehofer’s officials, there are also indications that the Lebanese militia is also preparing possible attacks from Germany. A few years ago, for example, chemicals were stored at a southern German freight forwarder that could also be used to manufacture explosives. According to the Ministry paper, the authorities assumed that Hezbollah was behind it.

According to the “Süddeutscher Zeitung” (“SZ”), the German security authorities assume that Germany is more of a retreat for Hezbollah. In Germany, money would be collected and propaganda would be carried out – against Israel, Jews and the USA.

According to the intelligence agency, Hezbollah currently has at least 1050 extremist supporters in Germany. Some of these supporters are organized in cultural and mosque associations, reports the “SZ”. They promoted Hezbollah and its goals through online networks and events. jep / dja © Agence France-Presse