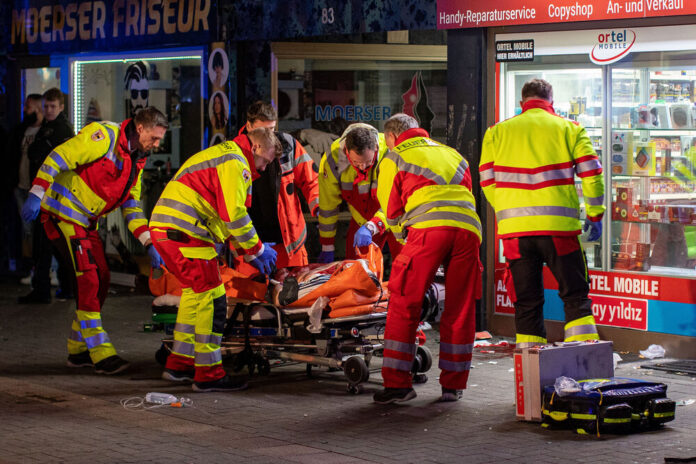 Funky act in Hamburg! After a fight in front of a bakery, a stranger stabbed a young man in the back and fled – the police asked for help and warned of the perpetrator!

What a scene in Hamburg Eilbek – a man enters his regular bakery to buy a roll – which he doesn't even notice – there's a knife in his back! Probably because of the shock he suffered, the young man didn't notice the pain at all! However, the perpetrator himself is fleeting and the Hamburg police are asking the population to be careful! But what exactly happened?

Apparently there was an argument in front of the bakery, then the attack followed – which the injured party curiously ignored! Only when passers-by spoke to him about the knife did he react. When the paramedics arrived at the bakery and took care of the wounded, the knife was still in his back. He then came to a clinic in an ambulance.