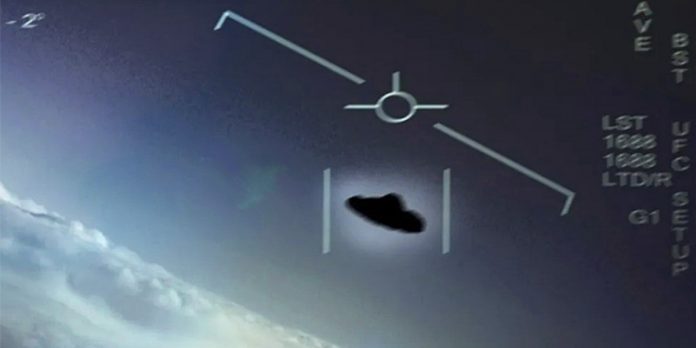 Crazy! The US Department of Defense Releases 3 Videos Officially Showing “UFOs”! These videos are real and really leave you with many questions!

The U.S. Department of Defense has officially released three videos of unknown objects. The recordings were made by US Navy pilots and date from 2004 and 2015, as the Pentagon announced on Monday (local time). The videos had already been released to the public in previous years.

They have now been put on the US Navy website to clear up any misunderstanding about the authenticity of the recordings, the Pentagon said. “The aerial phenomena observed in the videos are still classified as ‘not identified’.”

One of the black and white videos captured by a U.S. Navy aircraft shows an elongated object that suddenly disappears to the left at high speed. Another video shows a flying object above the clouds. One of the pilots of the Navy machine wonders if it could be a drone.

“It’s a whole fleet,” says his partner. “Man, they’re all flying against the wind. The wind is 120 knots fast! ”“ Look at that, ”says the first pilot when the object begins to rotate. In the third video, the crew laughs at the speed of an object that appears to be flying over the sea.

Former Navy pilot David Fravor, who was on board the machine that recorded the video of 2004, already commented on the object on CNN in 2017. “When I got close to it (…) it quickly accelerated south and disappeared in less than two seconds.” The movement was “extremely abrupt”, “like a table tennis ball bouncing off a wall”.

The US Department of Defense now said that after a thorough review, it was decided that the videos could be released with the names “FLIR,” “GOFAST” and “GIMBAL”. At the end of 2017, the Pentagon admitted that it had financed a secret program for the investigation of UFO sightings until 2012.