Home World Current speech by Angela Merkel: "We are not living in the final... 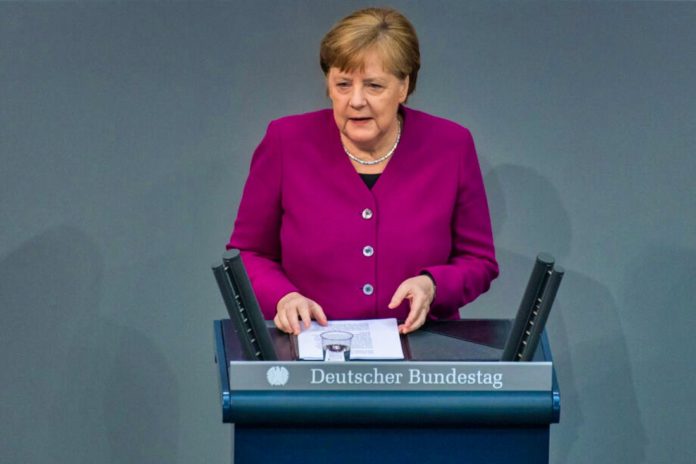 In an urgent speech, the Federal Government, headed by Angela Merkel, discussed other measures today. Angela Merkel explained in advance in a well-received speech how she sees the current situation – and there is a lot of concern in the Chancellor’s words!

She has made it clear several times that Angela Merkel is not happy with the handling of the measures that have been decided. Now the Chancellor is doing it again – massive! “We are not living in the final phase of the pandemic,” said Merkel. You are at the beginning. Therefore, the restrictions are still important. At the same time, she criticized the countries for being too “brisk” about the easing. Merkel said: “This pandemic is a democratic imposition. Because it limits exactly what our existential rights and needs are – that of adults as well as that of children. ”

The Chancellor found it particularly difficult to limit the rights of individuals so severely. Such a situation is only acceptable and bearable if the reasons for the restrictions are “transparent and understandable.” Merkel is very unhappy with how the states are handling the easing measures discussed: “I can tell you frankly: I am responsible for the decisions, the federal government and countries met last week with full conviction. But I have been concerned about their implementation since then. “And then:” For me it looks very brisk in parts, if not to say: to brisk “. Then the Chancellor makes it very clear – we are still at the beginning of the pandemic!

Angela Merkel strongly urges that you keep to the rules and exercise the greatest possible caution! “The situation is deceptive and we are far from over the mountain. We always have to keep in mind when fighting the virus: today’s numbers reflect the infection history of about 10 to 12 days ago. Today’s number of newly infected people does not tell us what it will look like in a week or two if we have allowed a significant number of new contacts in the meantime. Corona parental allowance ”.