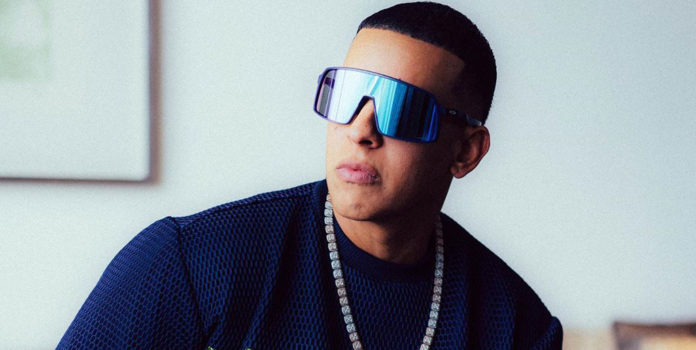 Daddy Yankee is probably the most successful Puerto Rican artist ever. He is multitalented, famous, and wealthy. “Gasolina” song is that popular that the entire younger population knows it, even though it was top hit 15 years ago. Find out more about this rap celebrity following the article below.

Ramon Luis Ayala Rodriguez (stage name Daddy Yankee) was born in Rio Piedras, Puerto Rico, on the 3rd of February 1977. He inherited musical abilities from his father, who was a salsa percussion player. His mother grew up in a family of musicians; however, she chose to be a beautician. He has one brother – Nomar. Since he was a young boy, he was showing his interest in music.

He started writing songs and performing them in rap style when he was 13. Later, he became passionate about reggaeton and loving the style of Vico C. Besides, he was trying to copy DJ Playero, DJ Nelson, and DJ Drako. These were all people who inspired young man. This trend of music was not that popular on the global level; however, local people were enjoying it a lot.

Besides music, he was passionate about baseball, and he was dreaming of becoming a professional player one day. This dream was broken when he was hit from the gun twice during crossfire in the pistol battle.

Throughout the recovery period from the wounds of bullets, rap star had plenty of time to work on music and to put the main focus on ideas. He was already involved with DJ Playero at that time and was promoted as an artist in his mixtape “Playero 37” from 1992. With this Dj help, he recorded and brought out his first mixtape as a solo performer “No Mercy” from White Lion Records and BM Records.

This mixtape was banned from the government due to inappropriate words in the song, but it was very successful in local circles. His records “El Cartel” from 1997 and 2001 were accepted well in Puerto Rico, but not so impressive for Latin America. 2002 was the year when his music was played in the US in the Spanish language, precisely song “Latigazo.”

In 2004 he created the top song “Gasolina,” and this is the one that brought the biggest popularity and glory. It was so successful that it ended up on the 9th place of the “Greatest Latin Songs of All Time.” This song was the best example of reggaeton music. In 2010 he brought out another album “Mundial” represented by the song “Grito Mundial.” In 2017, the next worldwide top hit was “Despacito” in cooperation with Luis Fonsi, Latin pop singer, and it was the number one Spanish song for a while.

As international music start, he was awarded 82 times, out of 270 nominations.

Famous rapper “stepped on the crazy stone” when he was 17 only. He married Mireddys Gonzalez in 1994, and they got the first child the following year. He admitted for media that it was not easy at that time for both of them. Today, they have three children – 2 daughters and a son.

As of 2022, Daddy Yankee has an estimated net worth of around $30 million. His fortune is coming from music, but also from endorsement with Pepsi and 20$ worth contract with Interscope records. The famous artist currently lives in Carolina, Puerto Rico, with his family. They enjoy their life at an outstanding property worth approximately $3.2 million.