Home World Donald Trump Fortune – How Rich is the US President Really? 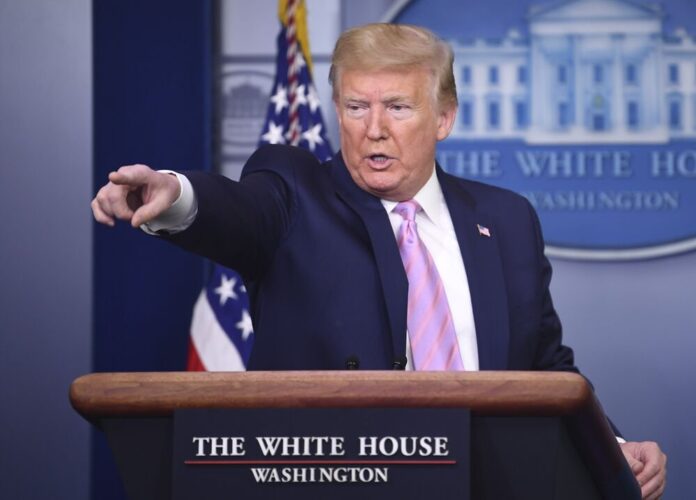 How Big Is Donald Trump’s Fortune Really? It’s hot speculation! During the 2016 presidential election, Donald Trump’s purported net worth made headlines in the media. Trump claimed an income of $ 557 million and net worth of more than $ 10 billion. Insiders say his net worth is much lower. Taking the average of the three best external estimates, the figure is closer to $ 3.5 billion. Here’s what we know about the wealth of the richest man who has ever held this position.

President Trump is the richest US President of all time and overshadows the wealth of John F. Kennedy and George Washington.
Trump himself has claimed a net worth of more than $ 10 billion, insiders doubt it! External estimates assume that his assets make up only a third of this amount.

We learned from DCReport, which received two pages of Trump’s original tax return, that he and his new wife Melanija Knavs had gross income of $ 153 million in 2005. They paid $ 38 million in federal taxes, which corresponds to an effective tax rate of 24.8%. The White House confirmed that the document is genuine. This look at Trump’s earnings is a snapshot of a year. They don’t reveal its total net worth. Any concrete valuation of his assets would require a detailed look at his tax returns, which he still holds back. Two pages of his 2005 tax form are just a quick look at one year.

In May 2016, Trump released his Personal Financial Disclosure (PFD) form to the election commission. In Trump’s way, he quickly communicated it to everyone. “I submitted my PFD and I am proud to say that it is the largest in FEC history,” said Trump.

The PFD revealed that Trump had him:

Forbes has deducted $ 1 billion from Donald Trump’s net worth as the coronavirus’ economic impact takes a toll on his real estate empire. In April 2022, Forbes estimated its net worth at $ 2.1 billion, compared to $ 3.1 billion in October 2019 and $ 4.5 billion in September 2015. Forbes said in particular that Trump’s 125,000 square feet of prime real estate is located near Fifth Avenue suffered a blow in Manhattan. This also reduced the value of his residential property, since the stocks of listed apartment owners had decreased by a third.

In May 2016, Fortune magazine estimated Trump’s value at $ 3.9 billion, compared to $ 3.7 billion in 2015. Fortune said the earnings listed in his personal financial disclosure did not match someone’s $ 10 billion net worth . However, the magazine believed that the 2016 presidential campaign had a positive effect on its finances. “Instead of damaging his brand, Trump’s fame seems to be boosting his business and making him even wealthier. According to our best calculations, Trump’s net worth has actually grown in the 10 months since the last login, ”said Fortune.

The Bloomberg billionaires index estimated Trump at $ 2.97 billion in April 2022, a level lower than the $ 3.02 billion estimated at the beginning of his presidency. While Trump estimated the value of his brand at $ 3.3 billion, Bloomberg didn’t care much about that number. Bloomberg estimated its brand at only $ 35 million.
The bottom line

Whether it’s less than $ 3 billion or more than $ 10 billion, as he claims, you can assume he’s a billionaire, so the exact amount doesn’t really matter. However, Trump campaigned for the presidency based on the amount of his assets. When announcing his presidential nomination, Trump said, “I use my own money. I don’t use the lobbyists. I don’t use the donors. I don’t care. I am really rich. And by the way, I’m not even saying that this is the kind of mindset you need for this country. So because we have to make the country rich. ”