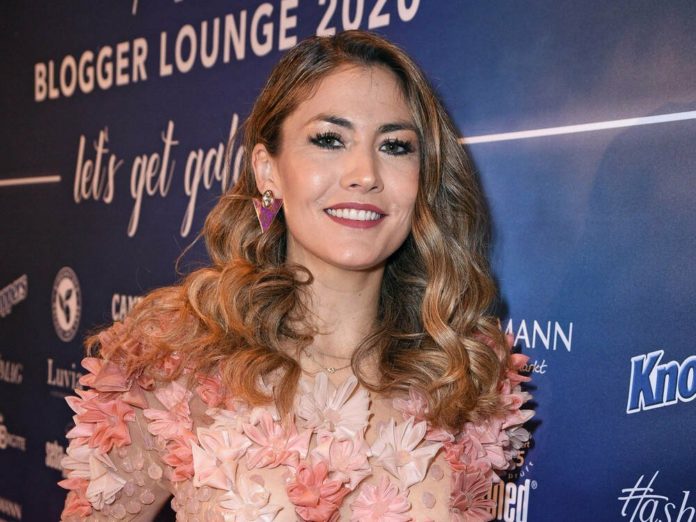 Fiona Erdmann (31) and her friend Mohammed (29), known as “Moe”, are expecting their first child together in September. She confirmed this in an interview with the magazine “Bunte” . It is an “absolute dream child,” she says.

The two models have been living together in Dubai, the largest city in the United Arab Emirates, since 2018. They also met there. “We met three years ago in a beach restaurant in Dubai. Mohammad looked super attractive. He worked on his laptop just like me. We got into conversation and got on right away, ”says Erdmann. The two made an appointment. “We had a great time, it was very innocuous,” she continues.

Then she flew to Germany “to break up my late mother’s household”. How did Mohammad react to this? “Even in this situation, Moe caught me again. I moved to Dubai in 2018. The fact that we became a couple turned out to be a slow but natural process, ”she says of her child’s future father. What she likes most about him? “Moe is very smart and mature for his age. He is goal-oriented and hardworking. I find that impressive. And he’s very humorous. We have a lot in common, ”enthuses the pregnant woman.

She has more than deserved her happiness as a baby, because in the past few years Fiona Erdmann not only had to cope with the death of her only 56-year-old mother in 2016. A year later, her former husband Mohamed also died in a traffic accident at the age of 35.

Fiona Erdmann, who was born in Saarbrücken, became known for her participation in the second season (2007) of the casting show “Germany’s next Top Model” (ProSieben). At that time, she ended up in fourth place. A few weeks ago, the first-placed model Barbara Meier (33) announced that she and her husband, the Austrian entrepreneur Klemens Hallmann (born 1976), will be parents for the first time this year.