Home World Free TV premiere of “Sicario 2”: A must for thriller fans 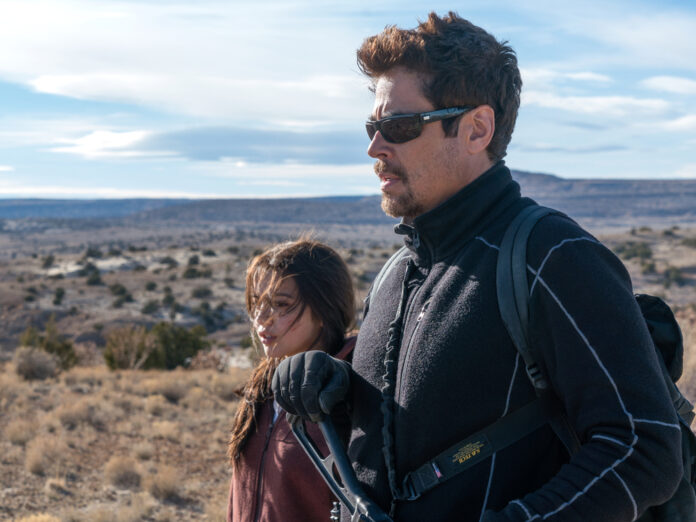 Director Denis Villeneuve (52) has been one of the most promising filmmakers in the world not only since his successful sci-fi sequel “Blade Runner 2049”. In 2015, the Canadian already excited and shocked with the rock-hard thriller “Sicario”.

However, his colleague Stefano Sollima (54, “Suburra”) is responsible for the second part, which can be seen for the first time on German free TV on May 10 (11:05 p.m., ProSieben). Villeneuve’s handwriting is not missed in the surprisingly well-done “Sicario 2”, but a righteous character like that of Emily Blunt (37), who took the audience in part one by the shaky hand.

Drugs are no longer exclusively smuggled across the US-Mexico border. Trafficking rings earn a golden nose by leading desperate families across the border and into the land of endless possibilities. Not without taking the savings from them first and at the risk of being immediately caught and brought back – or even washed up as a body on the other side. But terrorists who are the easiest to get to the United States via Mexico are increasingly mingling with illegal immigrants.

After a devastating attack in a supermarket, the US government and the president come up with a plan that does not seem to be any better than the way human traffickers act: the teenage daughter of a Mexican cartel boss is said to be kidnapped and the crime of another group of criminals be pushed. In this way, it is hoped that the cartels will kill each other.

The string puller of the morally reprehensible action is once again a certain Matt Graver (Josh Brolin, 52), who also lets his dreaded bloodhound Alejandro (Benicio del Toro, 53) off the leash – he already has one with the father of the girl to be kidnapped cruel bill open.

The ruthless portrayal of violence on and around the US-Mexico border could be too grueling, not only for tender minds. “Sicario 2” is not good for cheering up – so not at all.

But very much for the message that ultimately the law of the strongest prevails on both sides of the border. That nobody can afford to be an idealist – here and there. The cartels use children as smugglers, the secret facility around Brolin’s character Matt Graver gradually bombs the individual family members of a prisoner to obtain information. Compared to the already very dark first part, the figures seem to have lost their scruples once again.

Neither Brolin nor del Toro can be reproached for acting. The latter, in particular, gives his character a tragic depth in his interaction with the kidnapped girl (superbly embodied by Isabela Moner, who was only 17 years old at the time). And yet Alejandro seems like an angel of revenge over the entirety of the film, who himself knows that the path to purification is no longer walkable for him.

“Sicario 2” lacks a character like Kate Macer, portrayed by Emily Blunt in the first part. In it she represented conscience, righteousness, the will not to go over the dead bodies of innocents for her goals. Without this moral anchor, “Sicario 2” can be too depressing and bleak for many viewers.

Again there is no lack of nerve-wracking sequences. Like Villeneuve in part one, Sollima now knows how to press cinema-goers deep into their seats with a mix of action and thriller suspense. In some scenes, such as an ambush in the middle of nowhere or when Alejandro tries to cross the border unnoticed, the pulse rises and the number of intact fingernails decreases. In general, the action in “Sicario 2” is a symbol for the entire film: brutal, dark and free of any glorification.

“Entertaining” is the wrong word, “worth seeing” is better for “Sicario 2” – as it was for its predecessor. Ensuring the security of your own country is not presented here as an honorable task, but as one that sometimes leads to no less reprehensible methods than those on the other side. A shining hero is therefore to be found in vain, antihero Alejandro as a popular figure only works to a limited extent with regard to his actions in the first part. If you already liked the oppressive mood of “Sicario”, you should definitely tune in tonight (May 10).