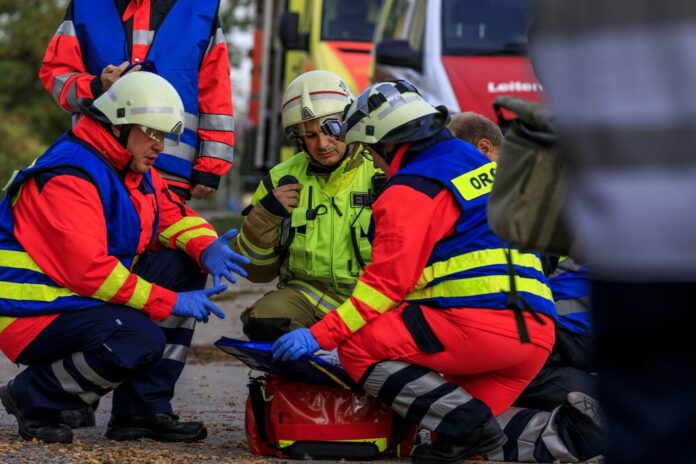 Yesterday afternoon, the A1 motorway was the scene of a dramatic series of accidents in which there were several injuries. A truck had hit a rescue vehicle with great force, in which an injured person from a previous accident had already been treated. The highway had to be closed completely. In the traffic jam that occurred at the scene of the accident, there was another drama.

A police spokesman confirms that there was initially a minor accident on the A1 near Stapelfeld. One person was slightly injured. The victim was cared for in an ambulance on site. But while the paramedics took care of the injured person, another collision occurred.

After the series of accidents, police officers blocked the freeway in order to give the emergency services free access to the scene of the accident. For this reason, a traffic jam developed on the A1 in the direction of travel north. Then, in one of the cars caught in a traffic jam, a pregnant woman started labor. The high-risk pregnant woman was on her way to a hospital. Fortunately, the lady was able to make the emergency call on the cell phone. However, the recovery turned out to be difficult because some drivers hindered the formation of an emergency lane. A few minutes late, the ambulance arrived at the woman’s car and was able to stabilize it before being transported to the clinic in the ambulance.