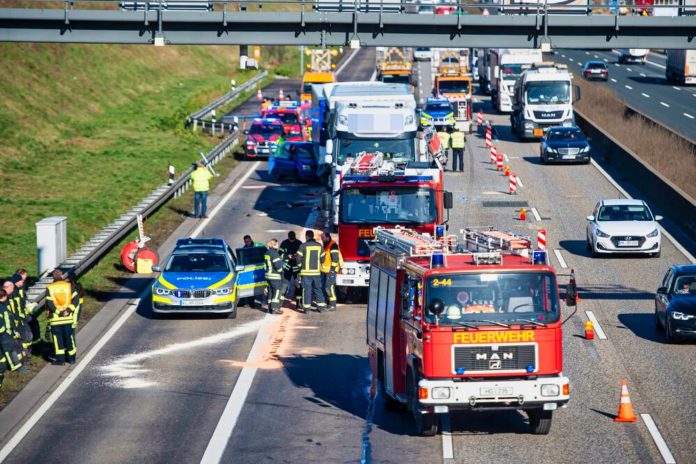 Tanker truck falls on its side and comes to a stop across the road – inflammable hazardous substances leak – driver is thrown out of the vehicle and is fatally injured. Autobahn is fully blocked!

Fatal accident on the A5 near Rastatt: According to the first information, a tank truck with a full load came off the lane to the right, whereupon the driver apparently wanted to countersteer, the steering wheel tore and the truck hurled to the left. The truck then fell on its side and came to rest across the road. The 33-year-old driver was thrown out of his driver's cab in the accident and died of his serious injuries on the spot.

Numerous emergency services were called to the scene of the accident, and the fire department's dangerous goods train was also alerted because flammable liquids leaked. Due to the extensive rescue work, the directional roadway had to be completely blocked for several hours. There were severe disabilities. The cause of the accident is still unclear. Corresponding investigations are ongoing.