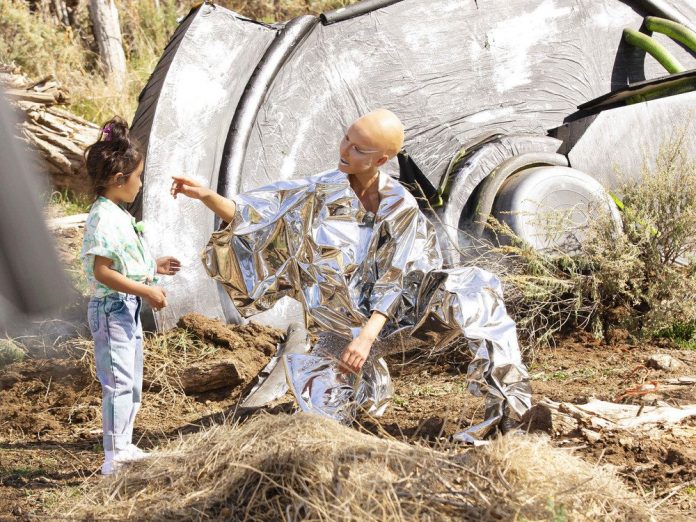 “If someone belongs to the top model family, it is he,” announced Heidi Klum (46) the guest judge in the current episode “Germany’s next top model”: Creative Director Thomas Hayo (51) is returning to the “GNTM” family. This week he announces that he wants to test the girls what they have already learned. For this he brought his favorite motto in the model business: “Transformation”. But the big alien shoot falls into the background: Model mom Klum has to reprimand two candidates for breaking the rule.

In the first teaching, the models have to transform: Among other things, Maureen (20) and Lijana (24) pose as “nerdy college girl” and Larissa (20) and Jacky (21) as “rich super diva” in front of Hayo’s camera. Larissa can finally live out her blonde image and diva. With big sunglasses and lip gloss she steps in front of the camera – Due to the major transformation, Jacky can make the duel for herself. As a “freaky party girl” Sarah P. (20) can outdo rival Maribel (19), Tamara (19) mimics the better “lonely single” with lovesickness compared to Anastasia (20). Lijana and Maureen are tied at the end.

In the evening Larissa and Lijana keep the other models awake. On the one hand they exchange loudly in their room, on the other hand the two have treated themselves to a bottle of wine – despite the strict ban on alcohol at “GNTM”. “We didn’t really think about it,” said Lijana. “It was just a glass,” Larissa says. Her fellow campaigners do not want to be put up with the fact that the two have disregarded one of the most important rules in the model villa. You don’t feel like a collective punishment. “A pretty stupid thing,” Jacky confronts the two troublemakers. Lijana shows remorse and apologizes. Larissa doesn’t want to waste her chance at “GNTM” either and is afraid of the consequences.

Larissa dares to take the step and seeks a conversation with Heidi Klum. “I am responsible for you, that’s why there are these rules,” Klum is disappointed. You now have to consider a consequence. In front of the camera, the candidates take on the role of a bald alien in a silver outfit. In addition, they have to interact with the child models Admire (6), Aja (6) and Soren (7) in front of a crashed spaceship. Larissa recreates an alien encounter with Admire and can convince – the model mom can’t forget the alcohol confession. Even the otherwise sensible Lijana tries to make amends and apologizes to Klum.

This shows itself again graciously and tells Lijana the consequence: The two models have to “do something good for their competitors.” Despite the humane punishment, Lijana cannot concentrate and delivers an “funny number”. Maribel and Anastasia also weaken as alien. Tamara shows special alien qualities. “It looks mega,” enthuses Klum. She is also impressed by her guest judge: “Thomas can do well with children, he should also babysit with me”, Klum is impressed – after all, youngsters number five could wait for Klum. A “GNTM” candidate read the cards at the casting in Munich and predicted a baby for her.

After the shoot, the wine ladies decide to make up for their breach of the rule by cleaning the kitchen and baking cakes. Her comrades-in-arms find the mild punishment somewhat unsatisfactory and feel that the two show little remorse. “At least no collective punishment,” sums up Jacky. On the decision walk, the young models are given a “Día de Muertos” style. In honor of the famous Mexican holiday, the candidates receive elaborate make-up and floral outfits.

After the walk to celebrate the day and as another excuse, Heidi Klum and Thomas Hayo received a “somewhat spongy” strawberry roll from Lijana. Due to the poor shooting performance, Lijana has to wiggle despite sweet temptation – alongside Anastasia and Maribel. The latter has to travel home. Anastasia has scratched the curve again with her three jobs that have been secured so far.