Home World "Germany's next top model": When all dams break … 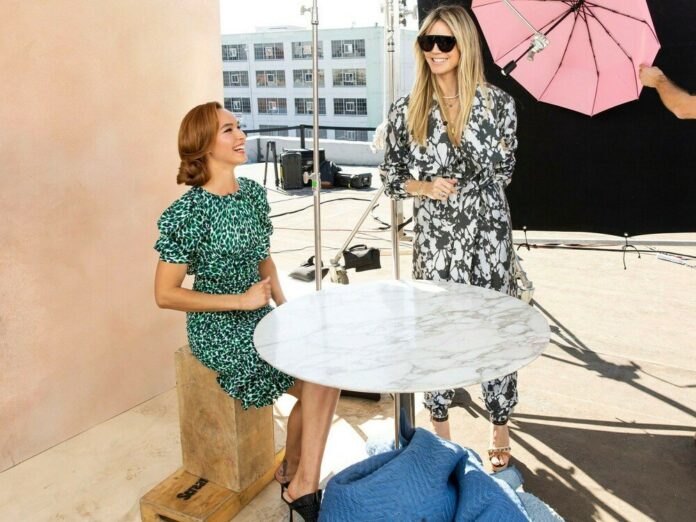 Who had to go?

Germany still has a firm grip on the corona chaos, but at least “Germany’s next top model” somehow stays the same. One of the girls also had to leave the show in episode 15 – just before the final. Initially there were 28 girls, now there are six.

Before the decision is made, however, the feelings with the remaining candidates should go through. First of all, the “most crucial shoot of the season came up, the cover shoot,” explained model mom Heidi Klum (46). Tamara (19), Anastasia (20), Maureen (20), Sarah P. (20), Jacky (21), Lijana (23) and Larissa (19) stepped in front of the lens of fashion and beauty photographer Regan Cameron, to have cover photos taken for “Harper’s Bazaar” – under the watchful eye of the editor-in-chief of the German edition, Kerstin Schneider.

Everything was totally “unreal”, said Larissa, while Tamara felt “so nice, abspace, no idea”. As excited as the girls were, they mostly did their job well to great. Maybe one or the other candidate was also due to the fact that they were supposed to recreate classic covers of the past decades. Schneider attested Jacky “great potential” and Sarah was “fantastic” in the pose by Kate Moss (46), who adorned the cover in 1996. The favorites of Schneider? Tamara, Sarah and Maureen!

“I love surprises,” enthused Klum and had them ready for her girls too. The candidates received visits from friends or family members in Los Angeles. The joy was of course huge and with most girls there was no stopping when they could hug their dad, their big sister or their boyfriend.

Meanwhile, Tamara flew to Milan to run there at the Fashion Week for the German designer Phillip Plein (42). And there, too, Klum had a surprise, because Tamara’s mother was waiting for her. At first, however, it looked as if not only tears of joy should flow. The fitting did not go well for the Viennese. “I swear to you one thing: If you don’t get it, then you won’t run tomorrow,” Plein made clear to her. At another rehearsal, Tamara stumbled across the catwalk in high heels and buckled several times. However, the designer was gracious. Because Klum was a good friend of his, Tamara was allowed to run at least in flat shoes – alongside stars like Jada Pinkett Smith (48, “Angel Has Fallen”) and Olivia Culpo (27).

Another customer, however, was satisfied directly. Maureen was not only able to convince at a casting for the Sephora cosmetics chain, but also at a subsequent shoot in Paris. It is the new face of a Germany-wide campaign and also gets a make-up collection that bears her name.

The Canadian model Coco Rocha (31) greeted all remaining candidates for a short catwalk training before the decision. Then Rocha sat with the other guest judges Schneider and designer August Getty (25) next to Klum to rate the girls on the catwalk. There Maureen or Tamara did their job well. However, after her episode with Plein, the Viennese had to fear for the upcoming semi-finals.

Larissa was particularly excited, her dress strangling her air. “I think I’m going to throw up,” said the high school graduate, who apparently had a small panic attack before her performance. Her subsequent walk was okay, “she looks so uninterested in the face”, but Klum found out. Therefore Larissa finally got no picture and left on Thursday evening.