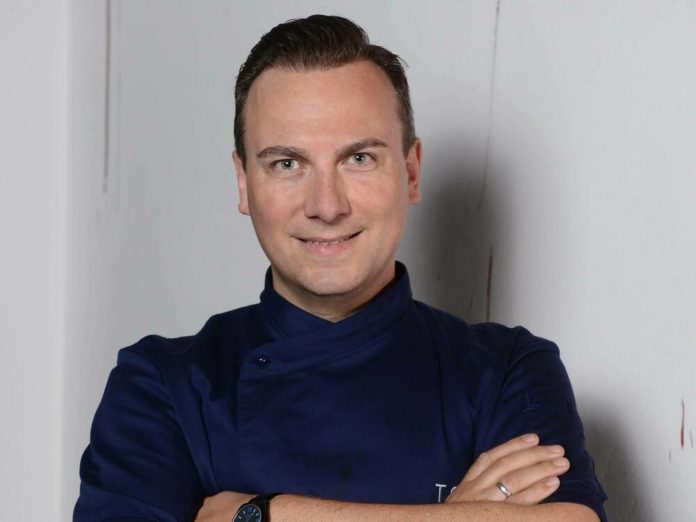 He is one of the really big cooking stars in Germany. His Berlin restaurant “Tim Raue”, named after him, was awarded two stars by the gourmet Bible Guide Michelin and was the only German restaurant on the list of “The World’s 50 Best Restaurants”. In addition, Tim Raue (46) in the worldwide acclaimed Netflix series “Chef’s Table” has dedicated a separate episode as the only German chef to date. So Tim Raue should be floating in the seventh star sky. But he doesn’t, on the contrary.

“I am always afraid of landing in the gutter again, it has to do with my story, that’s why I always fought,” he says in an interview with the “Süddeutsche Zeitung”.

No doubt. The top gastronomy is also in a severe crisis in the times of Corona. But does it have to be the gutter in the case of Tim Raue? These fears have to do with the culinary artist’s life. He says: “My start in life was rather simple. My parents broke up early and my mother had so little money that we only heated every second or third day in winter. There was food once a day in the after-school care center. ”

His father had beaten him until he passed out, Raue wrote in his biography “I know what hunger” (Piper Verlag). As a teenager, he was a member of the notorious street gang “36boys” in Berlin-Kreuzberg. “The older ones were actually criminals, they always had the big rolls with banknotes with them. It was different for us 14 and 15 year olds, we tended to fight each other. ”

He never wants to go back to this life in the gutter, but he could never overcome the fear of it, even though he has had a breathtaking career. Cookery apprenticeship (“There were mouthcuffs, people shouted, things were thrown”), with 33 first Michelin stars, then TV appearances, among others in Tim Mälzer’s (49) cooking show “Ready to beef!”.

Today Raue has ten restaurants, including two star-crowned, but there was also an “uneasy feeling”: “Consumption was becoming more and more excessive, as if there was no tomorrow, even for me. I flew over 100 times a year, and often a video call would have done that. Perhaps everything will be more balanced now. ”

Raue has closed his restaurants because of the Corona crisis, except for the “Tim Raue”. He and his team stomped a delivery service out of the ground within a week. With dishes from all restaurants, from twelve euros to a star plate. But: “We still have 80 percent less sales, but it is important that we at least do not have to send all employees 100 percent short-time. We also reach people, we make them happy. ”

Despite all the successes, he has not forgotten “what humility is. We just applied for our own loan because of Corona, without government funding … The next goal is to pay it off. We still have ten years of lease in ‘Tim Raue’, which we will need for that. But my god, something will come. ”

Raue, who never cooks for himself (“my greatest weakness”) and appreciates and presents an Asian-inspired kitchen in the current situation, “don’t complain or raise myself morally and say: Hey, you Chinese wouldn’t have the stupid bat soup eaten. ”

He doesn’t eat anything “that would be a pet for us. And exotic wild animals are out of the question for me. I also don’t think I have to eat insects. I am bitchy. But who am I to tell the Chinese that they can no longer eat bats? ”

He says, “We also do things that are not that great.” To this day, asparagus is “a trauma”. That comes from his apprenticeship, “two cars with 360 kg of asparagus each came – and then I stood outside for 16 hours and peeled. At some point the asparagus acid will eat your whole skin. I can no longer process asparagus to this day. That disgusts me. ”

And he sticks to another no-go. He doesn’t say a word if he didn’t like it himself. “No never. Smarties are really the very last. ”