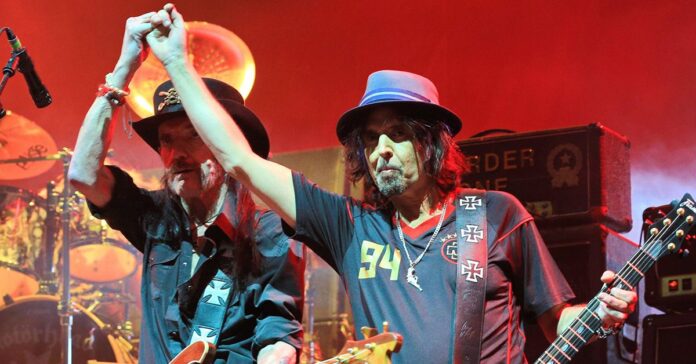 Phil Campbell from Motörhead found it “difficult” to watch the last appearances of the late lead singer Lemmy Kilmister shortly before his death.

The “Ace of Spades” interpreter died in December 2015 at the age of 70, shortly after being diagnosed with cancer.

“Then suddenly it stops”

In an interview with the “CATtales” podcast, Phil said: “At the end of the last few years, Lem wasn’t like himself. He just wanted to keep going. […] We took it a little slower, but compared to what other bands do, it was still real touring. […] But Lem played as he wanted and as long as he could. But in the end it was not easy to experience that. ”

The 59-year-old guitarist, who also toured with his three sons, admitted that it was not easy to get used to a life without motorhead appearances after three decades.

The rocker added: “For 30 years it was practically my routine – traveling on the bus and meeting at airports and for sound checks and laughing and watching TV and all of this all day after day, then suddenly it stopped . “(Bang)