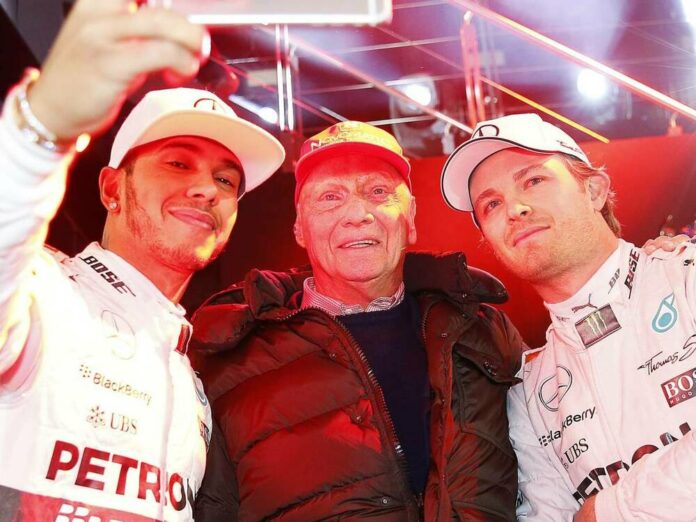 Exactly a year ago, Formula 1 legend Niki Lauda (1949-2019) died at the age of 70. The death of the Austrian, who won three world championship titles in his career, was a bitter loss for many drivers and managers in the racing industry. Also for Nico Rosberg (34), who became world champion with McLaren Mercedes in 2016.

The team also included Lauda – he has been the head of the Mercedes supervisory board since 2012 and an important fixed point in the paddock. “He led the team, he has a huge part in the fact that the team was so strong,” said Rosberg in an interview with RTL . “I have wonderful memories of Niki because I am so grateful to him,” continued Rosberg.

Rosberg’s former teammate and rival Lewis Hamilton (35) also mourns his late idol: “Niki is someone I miss and we all miss very much. I really feel privileged to have spent so much time with this guy and his laugh. ”

And another person spoke up: Mercedes Motorsport Director Toto Wolff (48), who was lacking Lauda’s opinion and advice “in these extraordinary times with Corona”, as he told the station . Ever since Lauda’s death, Wolff has been thinking “about our friendship and our partnership and the good moments we had together”.

RTL presenter Florian König (52), who had known Lauda for a long time, also commented on the first anniversary of Lauda’s death . He still has many highlights “with one of the greatest that have ever been in this sport” in very good memories.