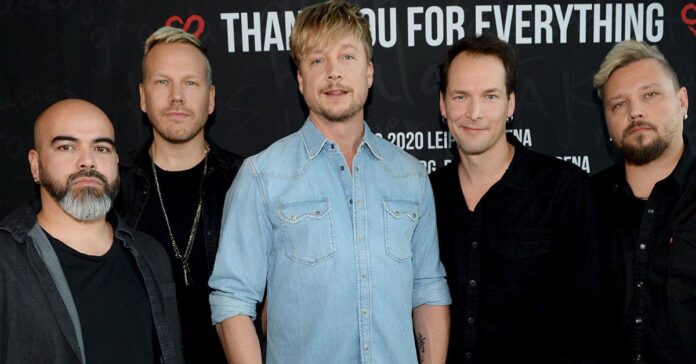 Samu Haber is calling on his fans to save his crew. The musician, who made his breakthrough with his band Sunrise Avenues in 2006 with the hit ‘Fairytale Gone Bad’, announced in December that after ten years they wanted to go their separate ways. In the course of this, they wanted to perform their greatest hits again and had planned their ‘Thank You For Everything’ tour for summer 2022.

But because of the Corona crisis, nothing came of it. Since the quarantine also has economic consequences for his crew, the band’s front man has now called on his fans on Instagram to buy a piece of clothing with the words “Crew” on it.

“I know there are angels”

Samu Haber: “I know that there are angels out there. Quite a few. I express you from a distance. The crew collection is only available until May 15th and (…) whatever this campaign brings, we will double it. I dream of seeing a whole field full of these shirts next year. You have made some Finnish boys happy and proud before, but this time you can actually save lives. ”

At a press conference in December, the Finn and his band said: “With a heavy heart we announce our decision to end our journey together as a band. I understand why it can be difficult to understand why we end something so special. But behind all the success are things that you can’t see. There are many different people, all with their own needs and desires. ”