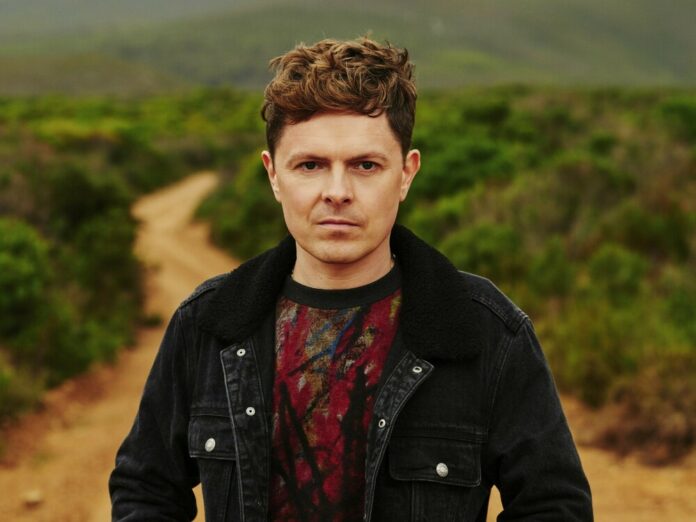 Seventh season of the VOX show

Michael Patrick Kelly (42, “Shake Away”) is hosting the VOX show “Sing my Song – The Exchange Concert” for the second time, which starts on May 5th in the seventh season (8:15 p.m., also via TVNow ) . In South Africa this year he welcomes Nico Santos (27), Selig frontman Jan Plewka (49), Max Giesinger (31), former Dutch ESC participant Ilse DeLange (42), singer-songwriter LEA (27) and rapper MoTrip ( 32). In an interview with the news agency spot on news, Michael Patrick Kelly explains why the show is coming at exactly the right time this year, how rapping became a challenge for him and why colleague MoTrip surprised him the most.

Michael Patrick Kelly: I fell in love with “Sing mein Song” in 2017, and this show has grown so dear to my heart. I don’t know of any other music show in which the songs and the life story of a musician are so focused. The artist can show so much in his episode: his beginnings, his ups and downs and private topics about which he wrote. There are incredible stories that no screenwriter could think of better. This year “Sing my song” comes at exactly the right time because it radiates warmth and so many funny things have happened that hopefully can distract the viewer from Corona.

Kelly: I have so much fun because nobody shows up on the show or is made up for their mistakes and weaknesses. It’s about appreciation and respect, differences are celebrated and so there is a unity in diversity. The concept is unique, there is no audience and no moderator who asks annoying questions. You feel good and open up. This class trip mood brings things to the table that you would not tell a newspaper, because it would make a story for the front page. Through the songs, which tell the most beautiful and worst things of your life from the start, you can have very profound conversations and get very close to someone.

Kelly: I think I was a bit more relaxed this year and was therefore able to get more involved with the music and better deal with the individual artists. I tried to get to know each other better before we went to South Africa. We also founded a WhatsApp group and talked to each other on the phone. Mostly you always need one or two evenings until everyone warms up, this year we had a dynamic group and great harmony from the first evening, even though we are so different. Sometimes I even had to intervene because they didn’t want to stop talking (laughs).

Kelly: The rapping. I heard crossover and rap music as a teenager, but it was complicated for me in German. I got tips from Moses Pelham, which helped me a lot. Some people have said that I sound a bit like Curse or Casper – I think they’re exaggerating (laughs). The show makes you immerse yourself in music genres and try things you would never have dared to do before. I even smashed a guitar on Selig’s song “Feuer und Wasser” to reinforce the message of the song. Jan Plewka wanted to stop me, in the end we agreed that we would create a work of art with the individual parts and auction it for a good cause.

Kelly: MoTrip surprised us all. You often think that rappers are bad guys who only rap about cars and money. Mo was the most polite of them all. From the cleaning lady to the top boss, he always shook hands and thanked them all the time. It was so nice to see that he represents his own values that are not known from the gangster rap cliché.

Kelly: I met Nico, Max and Ilse before. For example, I only knew LEA from their music. A whole great artist. I think it’s cool with her that she puts the music in the foreground and is not influenced by a “sex sells” print by the music industry on female artists. She simply sits down at the piano and is very successful. I think she is a role model for many female artists.

Kelly: In the WhatsApp group, we only recently exchanged ideas that one or two weeks later “Sing my song” could not have taken place. We couldn’t have sat together on such a narrow couch or hugged after the songs. After I performed my single “Beautiful Madness”, everyone jumped on me like in American Football. Such a thing would currently no longer be possible. After the recording, I stayed in South Africa for two weeks, among other things for a charity project. At the time there were almost a hundred infected people in the country, but flights had already been canceled and I was lucky to catch one. At the airport, the customs officer wanted to see my registration form because I have an Irish passport. Luckily I had it digitally at hand.

Kelly: I often think of the infected people who have to die without their relatives and the helpers who make sure that everything is kept going. In terms of music, there will be a boom after the quarantine because many musicians are now at home and writing songs. I personally am happy that I can be at home and in my garden so much because I have been traveling a lot in the past few years. I have often experienced major changes in my life so that I can deal with radical changes quite well.

Kelly: The move to the monastery meant for me from one day to the next: no guitar, no concerts, no credit card, no partner and no family – instead, peel silence, prayer and potatoes. After six years you got used to life and there followed a return to worldly life. I am an artist of life and I always watch how to make the best of a situation.