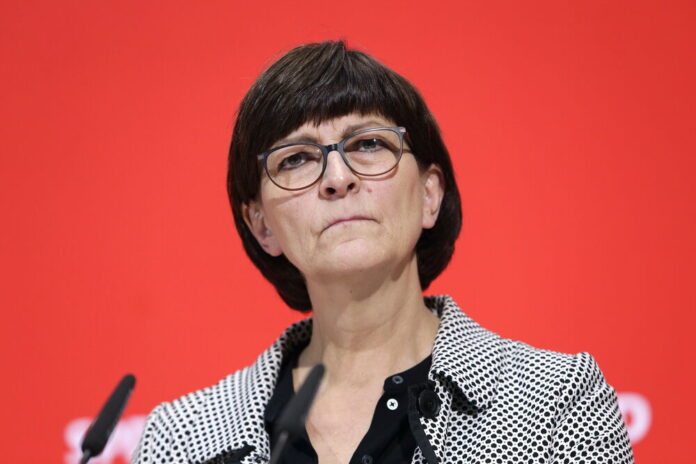 The long-standing SPD member of the Bundestag Johannes Kahrs resigns from the Bundestag after 21 years in parliament in protest against a personnel decision by the group leadership. Kahrs justified his move on Tuesday in Berlin with the fact that he was not taken into account by his parliamentary group in the nomination of the Bundestag military commissioner. So far, Kahrs has been the spokesman for the budgetary policy for his parliamentary group and also a spokesman for the influential Seeheim Circle of the SPD’s right wing.

“As a long-time rapporteur for the Ministry of Defense in the Committee on Budgets, I would have liked to run for the position of military officer for the German Bundestag,” Kahrs wrote in a statement. Group leader Rolf Mützenich has now proposed MEP Eva Högl for this office. “I accept this and wish her every success,” wrote Kahrs. But he is now looking for “a new start outside of politics”.

The 56-year-old Kahrs was previously a directly elected SPD MP for the constituency of Hamburg-Mitte. As spokesman for the Seeheim district, he was seen in the parliamentary group as an antipole to Mützenich, who is attributed to the left wing of the party – also and especially in matters of defense policy.

Eva Högl is to replace the previous incumbent Klaus-Peter Bartels as military officer. It is to be elected in the Bundestag on Thursday. This decision is also controversial in the SPD because the long-standing defense politician Bartels is thereby booted out. Bartels had expressed criticism and lack of understanding for his replacement.

Högl was previously responsible for internal affairs and justice. Mützenich’s suggestion for her nomination was unanimously supported by the parliamentary board.

FDP defense expert Marie-Agnes Strack-Zimmermann criticized the internal SPD personnel turmoil. “The office of the military commissioner and thus the most important institution and contact point for soldiers is already badly damaged,” she said to AFP. Strack-Zimmermann sharply criticized SPD parliamentary leader Mützenich, whom she accused of “chaotic procedures” when filling the office of the armed forces.

The SPD MP Kahrs, who has been repeatedly accused of arbitrary authority on budgetary issues, a tendency to pull the strings and intra-party intrigues, is not without controversy in his party. Kahrs, born in Bremen in 1963, was a reserve officer of the Bundeswehr in the rank of colonel. As a law student in Hamburg, he became a member and then spokesman for the Wingolfbund student association.