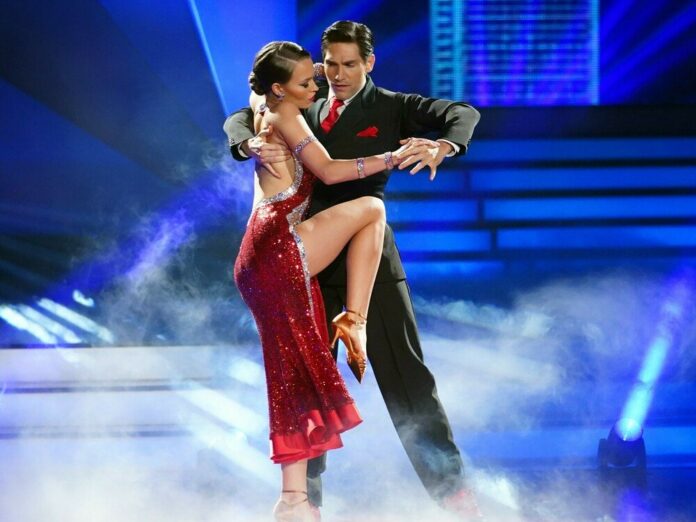 Laura Müller (19) is “not sad” after her “Let’s Dance” off. You treat everyone else, she said in an RTL interview after her last show on Friday evening. She is happy that she has come this far. In the show, she dedicated her “Magic Moment” dance insert to her engagement to Michael Wendler (47). The singer watched this behind the scenes and then showed himself “touched”.

Together with her partner Christian Polanc (41), Laura Müller presented a dance for “Never Tear Us Apart” by Bishop Briggs ( here at TVNow ). The jury gave it 22 points. In the end, however, Müller’s appearance was not enough for the quarterfinals.

Laura Müller fans will soon see more of her. The next show starts at the end of May: the wedding planning and the wedding, which is still planned for this summer in Las Vegas, will be accompanied by a film team and broadcast on the RTL and VOX channels as well as the streaming portal TVNow. In the format “Laura and the Wendler – Now is getting married”, the two should initially be shown during their wedding preparations. The first two episodes of the 15-part documentary soap will be shown on TVNow on May 26th (there are two new episodes every Tuesday), but later also broadcast in a new version on TV station VOX.