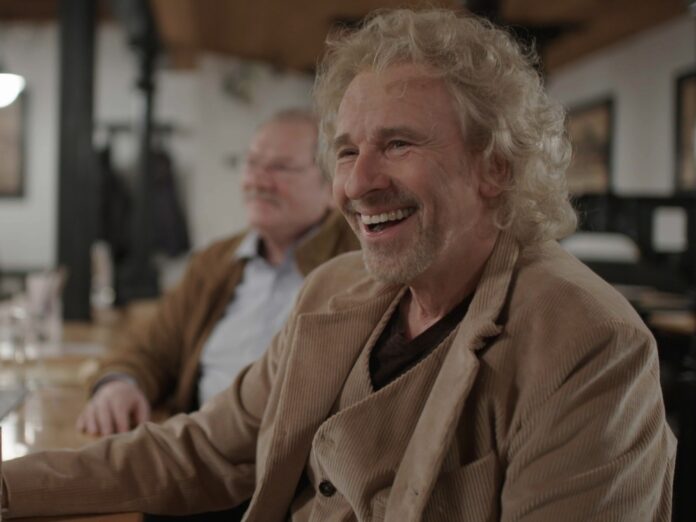 Does he belong to the old iron now?

The entertainer’s birthday week is heralded in the cinematic portrait “Life Lines: Thomas Gottschalk – The Thommy from Next Door”, which is shown by Bayerischer Rundfunk on Monday (May 11th) at 10:00 p.m. He celebrates his 70th birthday on May 18. And this portrait will be a real treat for anyone who has had to go back and forth over the past few years to explain why they are his fans. Because here the Gottschalk flashes again, which was so venerated in radio and later in TV times.

“Good evening, ladies and gentlemen. Welcome to a… documentary about me, ”he greets the viewers, as was customary from the host of the popular Saturday evening game show“ Wetten, dass ..? ”.

Right from the start, pictures of Thomas Gottschalk and his new love, Karina Mross, are shown. Thea Gottschalk (born 1946) and he split up in 2019 after 42 years of marriage; he moves from California to Saarland. He sums up the big changes in his life that made a lot of headlines in 2018 and 2019: “The hut burned down and I met a young woman, that’s enough today to be world famous.”

Thomas Gottschalk moderated “Wetten, dass ..?” From 1987 to 2011. His unconventional and spontaneous manner in dealing with the conversation partners – whether superstar or hall betting candidate – as well as his legendary and extravagant styling were famous.

The success story came to a dramatic end on December 4, 2010. At that time, competitor Samuel Koch (32) was injured so badly that the show was canceled. In the next show, in early 2011, Gottschalk announced that he would stop at the end of the year. After the serious accident, he could not continue as before … When Samuel Koch tells in the TV portrait how Gottschalk gave him back a bit of his courage, it is certainly one of the particularly touching moments.

In addition to the big issues mentioned, the key data of which most viewers may have followed more or less intensively, the film also leads to lesser-known places and in such phases of life. So Gottschalk grew up with his brother and sister in the Upper Franconian town of Kulmbach. When he is 13 years old, the family is hit hard: the father dies and Thomas has to replace the head of the family as the elder …

The happy beginnings of his unprecedented entertainer career are also told, as well as the mixed after- “Wetten, dass ..?” Era. The audience also experiences his very own selfie philosophy – or to put it in Thomas Gottschalk’s words: “Becoming cool is not that easy.”