Home World Time to upgrade? This is how consumers find the right television 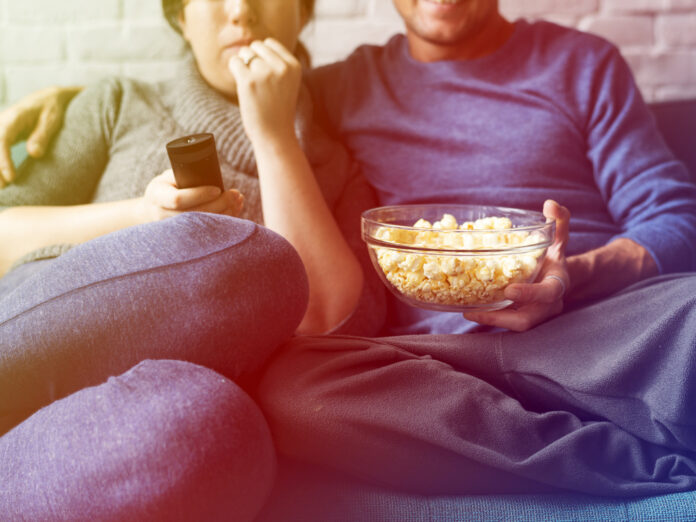 Stay in it as much as possible! That is the motto during the Corona pandemic. But how do people pass the time in self-isolation? Of course, many are drawn to the television, regardless of whether they are watching classic TV there, streaming a series on Netflix and Co. or starting the game console.

According to AGF Videoforschung GmbH, which evaluates TV usage in Germany, significantly more people watched TV in March 2022 than in the previous year. 75 percent of Germans therefore had at least one contact with the medium – in March 2019 it was only 70.9 percent. The streaming offer is also noticed much more often. In the target group of 14- to 49-year-olds, the net reach increased by 9.8 percent compared to January 2022. In addition, there is an increase in viewing time of 18 minutes – an increase of 7.9 percent compared to the same month last year. The total audience switched on an average of 244 minutes.

In order to be able to enjoy this time in front of the television, a suitable device is of course a prerequisite. If you are looking for a larger TV, need to replace a defective TV or simply want to upgrade in general, you should pay attention to the following, among other things.

So that a real cinema feeling can arise in films, the largest possible television is of course the best option. However, two things should be considered here. Does the device still fit reasonably in the apartment or on the TV cabinet? And how far am I from the screen? There are computers on the Internet that calculate the recommended seat spacing. For example, “Rtings.com” suggests a seat distance of 2.56 meters for a 60-inch television.

Consumers should also make sure that a television has sufficient viewing angle stability, otherwise the film evenings with the family may not be a great success. For example, if a device only offers a narrow viewing angle, it could happen that everyone who is not directly in the middle of the TV only sees a washed-out picture.

In addition, users should choose a device with future-proof resolution. 4K resolution is now practically mandatory, especially for large TVs. Due to a significantly higher number of pixels, the image looks much sharper here than, for example, with Full HD devices. 8K televisions offer an even higher resolution, but are usually significantly more expensive. HDR support is also desirable. HDR stands for High Dynamic Range and enables stronger contrasts and colors to be displayed.

If you also want to play on the new TV, you should pay attention to the response time of a device. If this is not fast enough, it can happen, among other things, that images – called ghosting or “ghosting” effect – remain for a short time, which of course clearly cloud the fun. In addition, input lag, which can arise, for example, from image effects that are activated on a television, should be avoided as far as possible. The higher this is, the later commands are implemented on the screen, which are issued by the controller of the game character. Many modern devices therefore offer an image mode that is specifically designed for gaming.

It is also important that a device has enough connections to offer. Consoles, Blu-ray players and Co. are usually connected to the TV using an HDMI cable. If it has too few sockets, you have to change the plug each time you use an additional device – which can be annoying in the long run. Support for apps is meanwhile practical, but not absolutely necessary. Of course it is convenient to be able to access Netflix directly from the TV, but there are also numerous sticks and boxes designed only for streaming that can be upgraded relatively cheaply and easily – including the Chromecast from Google, Apple TV and the Fire- TV models from Amazon.

From just a few hundred to several thousand euros, consumers can browse for just a new television. As a rule, the larger a television set, the higher the purchase price. Especially if it does not have to be the very latest model, it can sometimes save large amounts. Consumers should consider whether they need each of the functions offered – or can do without them and perhaps can resort to an alternative, cheaper device.

Attention should also be paid to the quality. It is better to make the TV a bit smaller, but you don’t get annoyed afterwards about poor picture quality or the like. It is also a good idea to buy the TV in local retail stores. For one thing, everyone perceives colors differently, which is why it is always a good idea to have seen a television in operation before buying it. On the other hand, retailers are struggling during the Corona crisis. Maybe one or the other customer doesn’t mind paying a few euros more.

By the way: The right sound is also responsible for the right cinema feeling. Due to the thin design of modern TVs, however, they mostly do not have an overly bombastic sound. When purchasing a new device, a sound bar or the like should therefore also be taken into account.