Home World Victoria Swarovski: Will she be replaced for the next season – is... 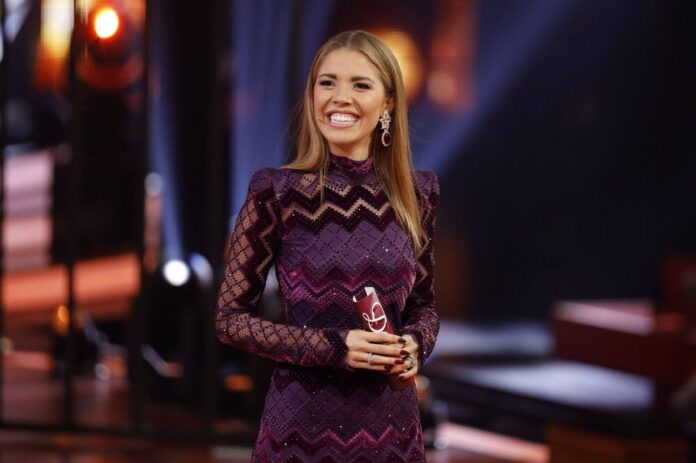 Victoria Swarovski has been the host of the popular RTL show “Let’s Dance” for a long time. Alongside Daniel Hartwich, the former show candidate has blossomed into an integral part of the show. But will Victoria still be there next year? Supposedly there are already 3 potential candidates ready to succeed Victoria.

Victoria Swarovski has already experienced how fast it can sometimes go. After the attractive Austrian had successfully participated in the dance show, she was even able to replace moderator Silvie Meis. Since Victoria started her job at “Let’s Dance”, the reactions to her work have been divided.

Some viewers criticize Victoria because her appearance appears artificial and even the respective moderation arrives at the audience as if it has been memorized. Many fans of the dance show would rather have another presenter alongside Daniel Hartwich than tomorrow. And now there are already some candidates ready to succeed the crystal heiress.

A very hot contender for the post on “Let’s Dance” – is the pretty artist Lili Paul-Roncalli (21), who is not only a favorite for the victory of the current season with her effort, but also because of the forced Corona break in the Circus industry is also open to new job advertisers. “The fact that Circus Roncalli is not currently playing is very stressful for me and my family,” Lili revealed in an interview with the “Freizeitwoche”. “If something suits me, I can already imagine doing other television projects.” It almost sounds like an application for a position on “Let’s Dance”. And she’s not the only candidate on the moderator job.

Because another candidate of the current season is very popular with the audience. The talented comedian has danced into the hearts of the audience with her likeable appearance on the show. “Ilka should definitely replace the talentless Swarovski. It is so entertaining and personable, ”asks a RTL fan. Another writes: “Do we have to start a petition first or does RTL manage to make it the moderator next to Hartwich on our own?” But there is even a third possibility to fill the post, because star dancer Ekaterina Leonova ( 32) intervenes in the fight for the coveted TV job. After all, the dancer has been a crowd favorite on “Let’s Dance” for many years. So there are 3 rivals who could contest her job with Victoria. It will be interesting to see whether the attractive Austrian will still be part of the dance show next year.