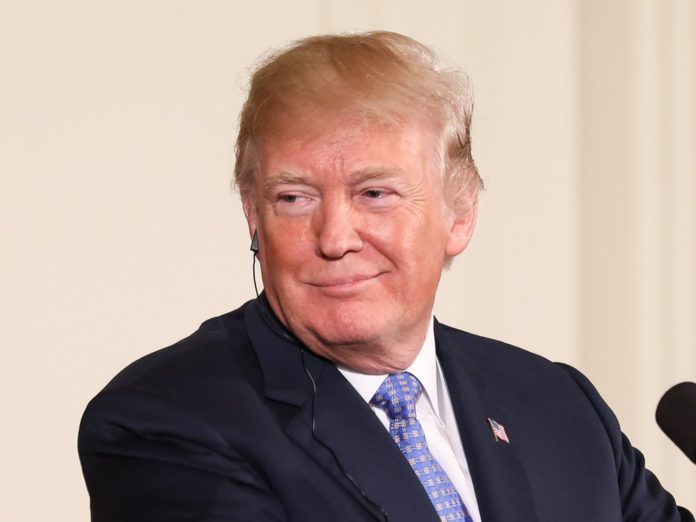 US President Donald Trump (73) has shared a video on his Twitter page that shows the German entertainer Helene Fischer (35, “Heartquake”) together with the child star Celine Tam (12).

The girl from Hong Kong took part in the US casting show “America’s Got Talent” in 2017. The video excerpt comes from the “Helene Fischer Show” from 2017 and the two sing the song “You Raise Me Up”. Trump thinks it’s “great!”

Trump had apparently become aware of the video through the Canadian-American singer Kaya Jones (35). She had previously shared the Fischer-Tam duel on her Twitter page. How much the little Celine Tam singing means, how wide her repertoire is and what famous superstar fans she has, including namesake Celine Dion (52), can be seen on her Instagram page.

https://twitter.com/celinedion/status/910498288532680709 PTL! I can't believe it!!! My dream really comes true!! Thanks my super idol #celinedion replied me and invited me to go her show in L.V.!! #myheartwillgoon with you forever! Not to mention about when I can really fly to meet you in person and sing on the stage……wow! Just your message to me already made me can't stop screaming for many days lol ^.^ To all fans with dreams, chase it, reach it and most importantly…. you will #whenyoubelieve !!!

“You Raise Me Up” is a pop song by Rolf Lovland and Brendan Graham from 2001 that has been widely covered. One of the best known versions comes from Josh Groban (2004).