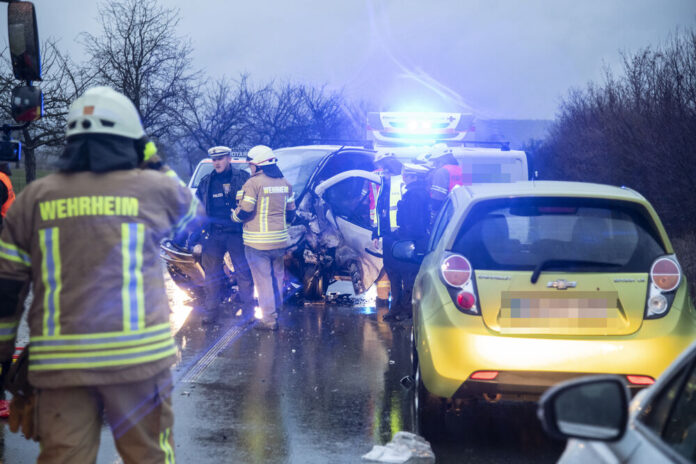 A serious traffic accident on the A4 near Hainichen in Saxony claimed the death toll on late Sunday evening. The 36-year-old driver of a Mazda Cabriolet had to apply the emergency brake because a car in front of him had carelessly changed lanes. The driver lost control and got off the road. After the vehicle overturned several times, it crashed into a tree. The driver of the car died at the scene of the accident.

The serious accident had occurred around 8:00 p.m. The driver of the Madza Cabriolet was on the left lane of the motorway. Shortly afterwards, a dark car for overtaking had changed from the right to the left lane, which had caused the driver of the convertible to brake the vehicle in an emergency, in which he had lost control of his vehicle. First the car crashed through a wild fence on the edge of the highway, then rolled over several times and crashed into a tree. As a police spokeswoman said, the driver of the convertible died of his serious injuries at the scene of the accident. The police have now launched an investigation to find the driver of the car, who had forced the Mazda to apply the brakes. The driver had moved away from the scene of the accident after the accident. According to witnesses, it is a dark SUV or van. If you can provide relevant information about the accident, please contact the police on 0371/87400.