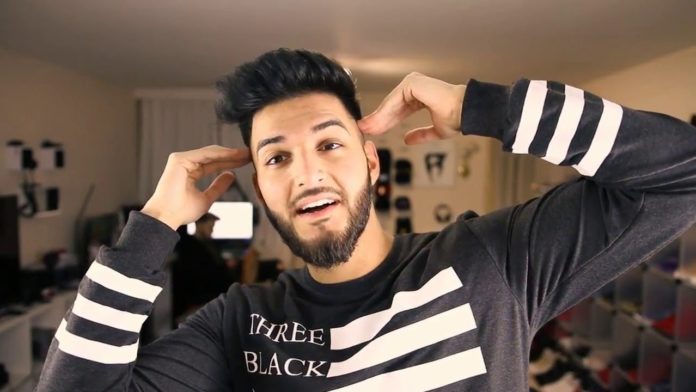 ApoRed’s real name is Ahmad Nadim Ahadi and has Afghan roots. He became known primarily through Let’s Plays on YouTube and his channel had over 2 million subscribers at times. Due to various content, conflicts with other YouTubers and so-called “pranks” and “clickbaiting” he is often criticized. His gaming channel “RedSama” was deleted in late 2019. Its new main channel currently has approximately 132,000 subscribers and its new gaming channel has approximately 201,000 subscribers. He describes himself as an entertainer, rapper, model and designer.

ApoRed was born on March 12th, 1994 in Hamburg to Afghan parents. He has an older brother who also uploads videos to YouTube. Not much is known about his childhood and youth.

In 2011 he started his YouTube channel ApoRed with Let’s Plays mainly for the computer game “Call of Duty”.

In 2011 he started uploading Let’s Plays to YouTube. In 2015 he switched to lifestyle videos and invited various other YouTubers to his videos. In the same year, ApoRed released its first rap video “Photoshop”, which was viewed almost 30 million times. His second release “Everyday Saturday” broke the negative record on YouTube and received over 900,000 “dislikes”. Also a video that was supposed to present this release as “prank” and a later real music video released received little more positive reaction.

“Numero Uno” was released in July 2016. At the end of March 2017 ApoRed published “Babawagen”, which he declared again shortly afterwards as “Prank”, this time on April 1st. “Range Rover Mansory” was released shortly thereafter. In June 2017 he published “Yalla Habibi”. “Lambo Gallardo” and “Billo” are his latest releases. The “Baba” tour was planned for December 2017, but was canceled.

Since 2015 he has also released several “Prank” videos. His most famous video of this type in 2016 brought him a suspended sentence and 200 hours of work. In other videos, he can be locked up with friends in various public buildings, including McDonald’s, Ikea, Cinemaxx and a school, and spends 24 hours there. At least three companies have filed criminal charges against ApoRed and his company. In October 2019, he made all of the videos on his main channel private.

On October 25, 2019, he uploaded his first video about a “non-laughing challenge” on a newly opened channel “ApoRed”. The following videos have different amounts of money in the title.

On October 12, 2019, the first video about Fortnite appeared on the newly opened gaming channel “RedSama”. All of the following videos are also Let’s Plays about “Fortnite”.

ApoRed understood very early on that he can quickly get a lot of attention with controversy and “clickbait” videos and has made videos accordingly.

His rap videos were rated more negative than positive on YouTube. Especially his second release “Everyday Saturday” is a highlight in the negative sense. Overall, his videos get more “dislikes” than “likes”, which makes him one of the most unpopular YouTubers worldwide.

He received the greatest media attention in 2016 when he threw a bag onto a group of people for a video and shouted that there was a bomb in it and that everyone should run if they wanted to continue living. As an attack on Nice was carried out the previous day, the publication was criticized all the more on social media. A short time later, an apology video was uploaded in which he exposed this act as a joke. Until then, the uninitiated victims did not know that it was just a joke. The uninitiated victims in this video sometimes suffered serious, permanent mental illnesses in the form of anxiety disorders. In addition, they were not made unrecognizable in the video, which caused ApoRed to violate the Art Copyright Act in addition to bodily harm, coercion and disturbance of public peace. Since he did not appear at a court hearing, remand custody was sought, in which he was held for two weeks. He was sentenced to a suspended sentence and 200 hours of work. A revision of his lawyer was rejected.

In addition to its main and gaming channel, ApoRed has at least six other channels on YouTube.