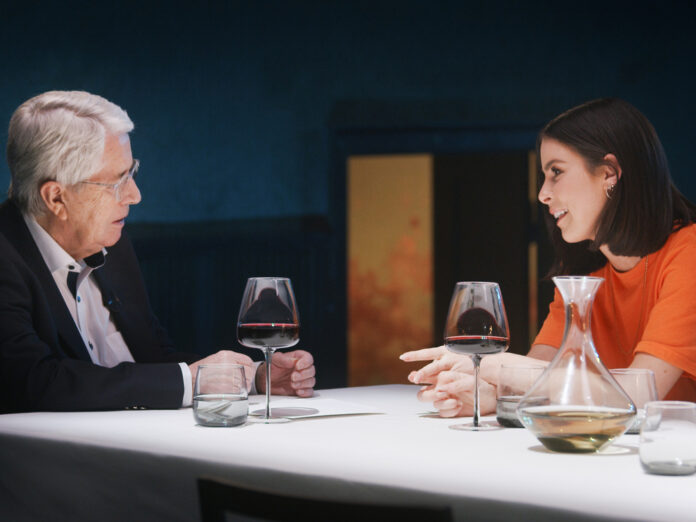 Final season of the series on Netflix

TV veteran Frank Elstner (78) says goodbye to show business in a rather unconventional way. As of today, the second and last season of its series of talks “Wetten, das wars ..?” Can be seen on the streaming service Netflix . The five guests of the final show are actor Daniel Brühl (41), the TV duo Klaas Heufer-Umlauf (36) and Joko Winterscheidt (41), moderator and author Charlotte Roche (42) and musician Lena Meyer-Landrut (29). Especially for the latter, the conversation with the television icon became very emotional.

Right at the start of the interview, Elstner apologized to the winner of the 2010 Eurovision Song Contest: “Lena, I didn’t ask particularly good questions, I admit that. Sorry that you had so much trouble with it. ”With this, the showmaster refers to a TV conversation with Lena about the ESC 2011, in which the previous year’s winner acted bold, cheeky and on the verge of disrespect. Thereupon the singer’s tears went straight into the eyes: “I find that very touching and start crying immediately if you say so nicely”, said Lena and continued: “And I think I have to apologize too! I was overwhelmed, tired and not yet professional. ”So reconciliation came about just ten years later.

The other episodes, each lasting about 40 minutes, also have touching and sometimes funny anecdotes. Klaas Heufer-Umlauf, for example, speaks of his hairdressing training and explains the little private contact with his long-term business partner Joko. And Charlotte Roche presents her tattooed organ donation card on her forearm. The conversation between Frank Elstner and Daniel Brühl is about the power of the actor and the correct swearing in Spanish.

Frank Elstner wrote television history with his appearances as a moderator of “Wetten, dass ..?”, “Do you understand fun?” Or “Game without borders” and is considered one of the most important show developers in German-speaking countries. With “Betting, that’s it ..?” Elstner now finally says goodbye to the TV business. The first season of his series of talks was still on YouTube, and he chose Netflix for the final appearance. According to him, his Parkinson’s disease is not the reason for the farewell.