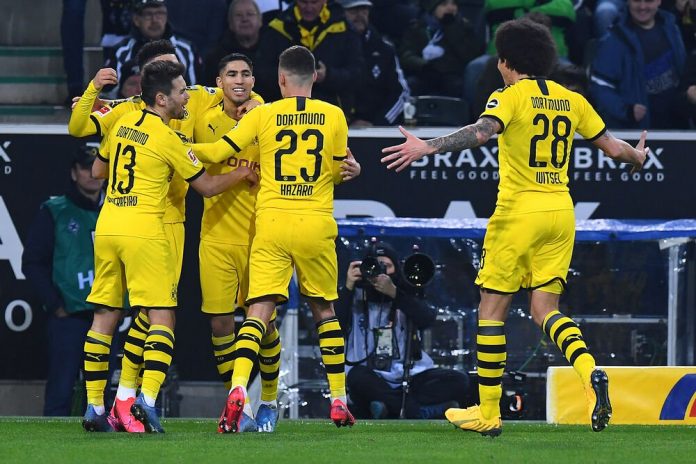 Do we see the ball rolling again soon? According to reports from the "RND", the Bundesliga security concept has been given the green light – a restart of the league could therefore be quick!

As the "RND" reports, the Federal Ministry of Labor gave the green light for the security concept of the Bundesliga – that means in plain language, from the labor law side, nothing stands in the way of the restart, now it could happen very quickly! State Secretary Björn Böhning (SPD) writes: "The occupational safety of players, coaches and supervisors can be largely ensured if the concept is fully implemented." This could at least start the much-discussed ghost games! But what's next?

Now that all important authorities have given their GO, the government has the final say. According to the "Rheinische Post", the sports ministerial conference has already spoken in favor of continuing the Bundesliga. The players should, according to the new concept. live in its own quarantine, which includes the training area, the stadiums and your own living area. The topic will be discussed with Angela Merkel at the Prime Ministers' Conference on Thursday.