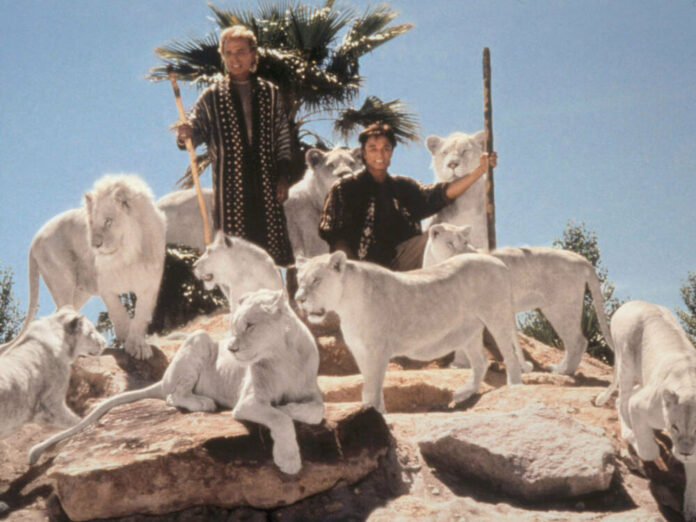 Roy Horn (1944-2020) died on Friday of complications from his coronavirus infection. His long-time partner, Siegfried Fischbacher (80), could see him again in the hospital before his death. “When I was called to the clinic, I wasn’t prepared to say goodbye to Roy. But when I saw him through the glass, I felt that he wanted it to pass. We understood each other for a lifetime without words, ” Fischbacher told“ Bild am Sonntag ” .

Horn gave him the sign with his fingers that he wanted to go. “And then I said thank you to him. For the fairytale life that we have built up together. ”Horn will continue to be by his side. “I will continue to have cover for him at dinner, as it always was. I’m not alone, ”Fischbacher consoles himself.

After Roy Horn tested positive for the corona virus, he had to be taken to the Mountain View Hospital in Las Vegas on April 26th. “Roy had a high fever and had difficulty breathing,” Fischbacher described the symptoms to the “Bild” newspaper at the time. Horn died on Friday and Fischbacher shared his grief publicly. “Today the world lost one of the greats of magic, but I lost my best friend,” he said in his statement.

Siegfried Fischbacher, born in Rosenheim, Bavaria, and the later Roy, who was born Uwe Ludwig Horn in Nordenham near Bremerhaven, got to know each other as an entertainer on a cruise ship. With their magic shows and tamer skills, they became world-famous as a German-American magician duo Siegfried & Roy. However, one of her appearances made a sad story: In 2003 Horn was seriously injured by the white tiger Montecore during a performance on his 59th birthday in her adopted home Las Vegas and has been partially paralyzed since then.