Home World Finally! School again for everyone – that’s the plan! 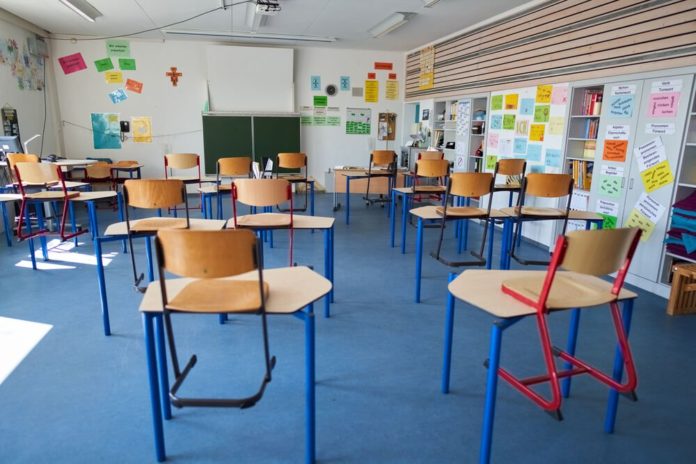 All pupils in Germany should be able to return to school at least temporarily before the summer holidays. School attendance should be possible on a daily or weekly basis, said the Chair of the Conference of Ministers of Education, Stefanie Hubig (SPD), Minister of Education in Rhineland-Palatinate, on Tuesday in Mainz. There will no longer be regular classes in the current school year.

According to Hubig, the state ministers of culture agreed on this procedure. The Prime Ministers are now to discuss their “Framework for the resumption of teaching in schools” with Chancellor Angela Merkel (CDU). As Hubig said, there will be different approaches in the federal states.

Hubig said that the way in which the infection develops will be decisive for what happens in schools. Each country will decide for itself whether the pupils return to school for individual days or weekly. There are different local conditions. There is no compulsory attendance for students with a health risk – the same applies to teachers.

According to a statement by the Conference of Ministers of Education, face-to-face classes at school and learning at home should alternate and be closely coordinated. The further gradual opening of schools should generally take place in grades or study groups. Students with a need for support should be offered educational presence. If necessary, students should also be equipped with digital devices.

The concept contains conditions for, among other things, hygiene in schools, school transport and the organization of lessons. It is also about emergency care. Bavaria’s Minister of Culture Michael Piazolo (free voters) said that emergency care should also be offered during the summer holidays.

Piazolo said that resuming classes for all students is a “complex process”. For Bavaria, he considered Pentecost as the goal for the return of all students to schools. Piazolo said the challenge was infection control. Because the learning groups would have to be significantly reduced, there were about twice as many classes – but at the same time fewer teachers were available due to health protection. Therefore, the entire subject matter can no longer be taught.

The German Trade Union Confederation (DGB) demanded priority for disadvantaged schoolchildren. Since not all pupils could go back to school in a timely manner, “the aspect of educational justice should be the focus,” said Deputy DGB Chair Elke Hannack of the AFP news agency. Students without a computer and retreat “should receive classroom offers – regardless of the question of which grade they are attending”.

In Berlin, school senator Sandra Scheeres (SPD) announced that she would create independent classroom offers for disadvantaged students. “It is important to me that in the Corona crisis we keep an eye on the schoolchildren who find it particularly difficult to learn at home,” said Scheeres. In their view, pedagogical presence offers for these students are more important than bringing all children to school completely before summer.

The chairman of the German Teachers’ Association, Heinz-Peter Meidinger, advocated a weekly change between teaching at school and learning at home when teaching in shifts. This is best organized and also makes educational sense. A mask requirement should also apply outside the classrooms.

The head of the GEW education union, Marlis Tepe, criticized the fact that the ministers of culture continued to focus on exams, performance assessments and adherence to material schedules. This is particularly problematic for vocational schools. Up to 80 percent of the pupils there belonged to such classes – “How can the hygiene and distance rules be followed consistently?”