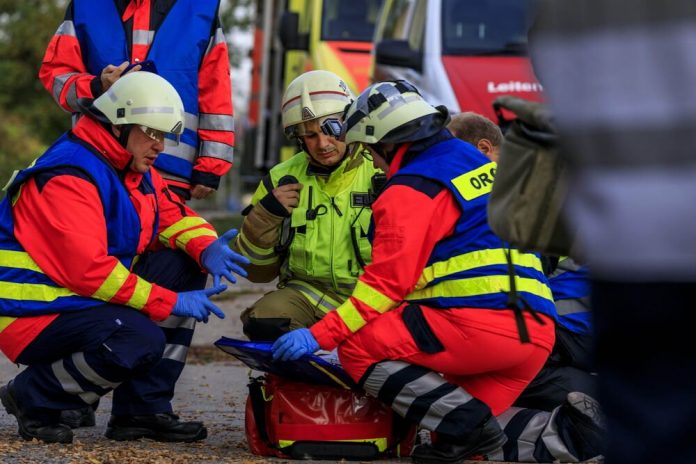 The serious accident on the construction site had already occurred on Wednesday. An excavator had been working on a construction pit that was to be excavated to build a new retirement home in Ursensollen. A 47-year-old man monitored the progress of the work in the construction pit. But then an incredible misfortune happened. The heavy excavator bucket of the excavator came loose, fell into the excavation pit and overrun the worker posted there. The man suffered serious injuries to his legs and torso in the event of this accident.

After the 400-kilogram excavator shovel hit the man, rescue workers arrived at the scene of the accident in no time. Due to the serious injuries, the man was flown to a clinic by rescue helicopter. The man underwent emergency surgery immediately after arriving at the hospital. In order to determine how exactly this bad accident could have happened, an expert should now clarify the cause of the accident.