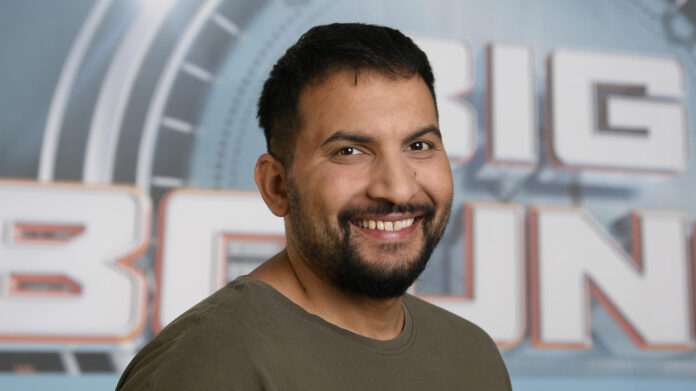 Attila Klaus Peter Hildmann is considered the star chef of vegan cuisine and a successful entrepreneur. The Berliner’s successful path to becoming a sought-after chef and celebrated entrepreneur away from pots and pans began. As a budding physicist, cooking was a hobby for Attila Hildmann. Through a personal fate, the young Attila Hildmann dealt with his eating habits and the value of the food. He decided to leave out animal products and started to publish cookbooks on his own with little budget. Through his vegan cookbooks, television appearances, his own vegan restaurant in Berlin and a wide range of vegan products, his name became a brand and Attila Hildmann himself a millionaire.

Attila Hildmann was born in Berlin and grew up with foster parents. Although his father advised him to become a cook at a young age, the man with Turkish roots decided to study physics after graduation and to cook as a hobby.

As a little boy, Attila Hildmann dreamed of becoming an astronaut. In addition to studying physics, he lived out his passion for cooking as a hobby. Until a personal stroke of fate changed his whole life and he fundamentally changed his previous eating and cooking habits. His role model and father suddenly die of a heart attack and for Attila Hildmann, then 19 years old at the time, it becomes clear that the long years of consumption of cholesterol-rich food have contributed significantly to the fact that his father’s life ended prematurely. So that he does not suffer the same fate, Attila Hildmann decides to completely change his diet and henceforth to eat cholesterol-free

He initially removes all meat products from his menu and ultimately banishes all animal products from his life. As a new vegan, Hildmann found that there were hardly any cookbooks or recipes on the market at that time that deal with vegan nutrition. This is how the creative Berliner and self-made man begins to create his own vegan recipes. He succeeds so well that he launches his first cookbook. Because he cannot find a publisher who wants to work with him, he finances his first books entirely on his own and he designs and photographs the recipe pictures himself.

Personally, Attila Hildmann not only achieves the desired lowering of his cholesterol level through his diet change, he loses 35 kg and uses the newly gained energy to publish vegan cooking videos on YouTube, with him as a lively and eloquent chef. With these videos about meatless and climate-friendly cooking, the vegan autodidact hits the bull’s eye and within a very short time has achieved wide popularity and a steadily increasing number of viewers.

After the resounding success of his fifth cookbook, Attila Hildmann did not hesitate long and invented himself as a brand. He shows his knowledge on TV shows, brings specially created vegan products onto the market and adds high-quality kitchen utensils to the range of his shop.

But the young businessman not only works nationally, he is also invited to television shows nationally, his books are translated into many languages and his online community grows worldwide every day. Attila Hildmann impresses his followers again and again with exciting challenges and honest words.

2012 saw Attila Hildmann’s big breakthrough. His fifth published book “Vegan for fit” was number one on the bestseller lists. This was followed by appearances in major TV shows such as “TV total” and “Maischberger”.

Attila Hildmann took advantage of the moment and published further cookbooks, which also reached the top of the bestseller lists.

In his snack bar opened in 2017 in the heart of Berlin, the tables are fully booked well in advance. In addition to vegan dishes, the imaginative entrepreneur successfully sells vegan products and kitchen utensils from his brand.

If Attila Hildmann is asked about his personal recipe for success, he reveals that he often invests in his business 16 hours a day. In order to keep this up, it is extremely important to find something in which you can fully merge. In addition, according to the vegan celebrity chef, it is important that you eat optimally to relieve digestion and use the newly gained energy for the important things in life. Vegan, he says, is the turbo of his life.