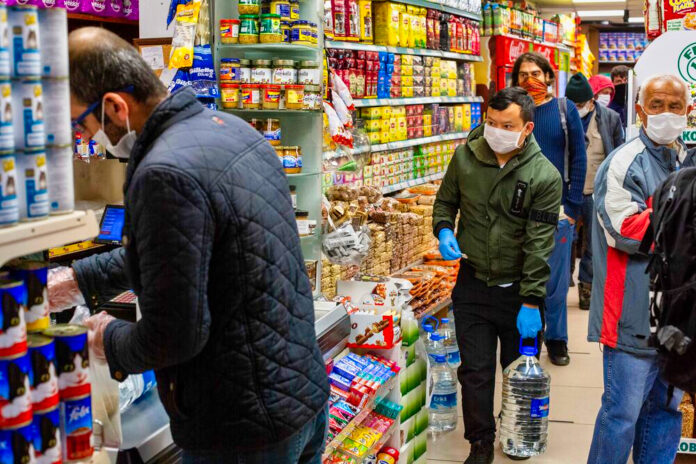 Apparently people in the west of Munich are in great danger. Because in two supermarkets, beverage bottles with deadly poison have now appeared on the shelves. In this case, the police are now investigating for attempted murder!

As the Munich police have just announced, there were a total of 4 incidents in two different supermarkets in the west of Munich between March and April 2022. There, a hitherto unknown perpetrator “mixed a lethal dose of toxic substances (from the group of solvents) in bottles with soft drinks” and placed them on the shelves of the supermarkets. A total of 3 of the bottles prepared with poison were sold. A total of 3 customers, two women (34, 42) and one man (48), had bought prepared bottles and also drank from them. The victims then complained of dizziness, nausea and circulatory problems. Immediate medical treatment was necessary for the two women. After the incidents, the connections between the crimes could be determined.

Apparently, it was just luck that these nasty attacks didn’t have any worse consequences. During the investigation, the investigating officers were able to discover a fourth bottle prepared with the poison and, luckily, pull it out of circulation before it was sold. The motives of the perpetrator are not yet known, since allegedly no claims have been received at either supermarket that would suggest blackmail. The police are therefore currently advising customers to check the integrity of the closure when buying drinks bottles

Some of the four bottles seized so far were visible

Impurities detectable. A striking smell could also be noticed when opening the bottles. The taste was described by the people concerned as bitter and artificial-chemical. Anyone who has a suspicious bottle should not dispose of the substance and contact the police immediately.

Now the police are also interested in whether there have been similar incidents, particularly in and around Munich, since March 2022, in which customers bought manipulated bottles and then complained about health problems. Persons who can provide relevant information about this mysterious case should contact the responsible Commissioner 11, SOKO Tox, Tel. 089 / 2910-0 or any other police department immediately.