Home World "Police call 110: You should be holy!": Are there still exorcists? 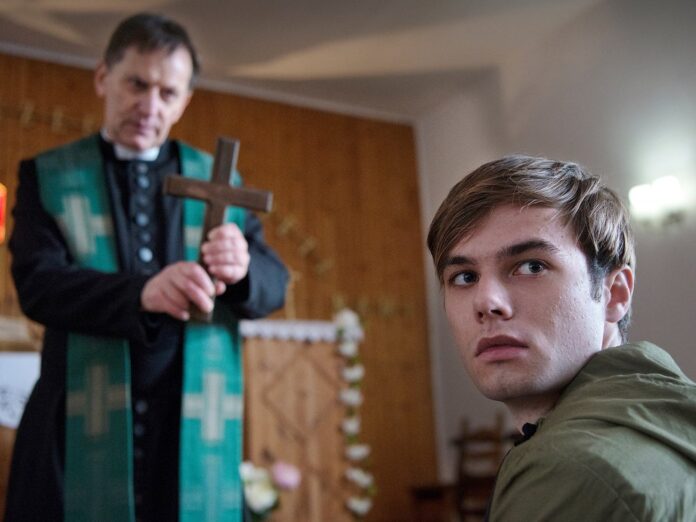 Questions about the new thriller

In the new “Police call 110: You should be holy!” (May 3) Olga Lenski (Maria Simon, 44) and Adam Raczek (Lucas Gregorowicz, 43) have to take on the fanatical Jonas Fleischhauer (Tom Gronau, 23) who considers himself the prophet Elias. The actor magnificently embodies the young man driven by delusions, who suffered from his strictly religious mother but himself only had good things in mind. But how do you know the actor and is exorcism still carried out today?

Jonas Fleischhauer is at the center of the action as a perpetrator. The figure of the fanatical believer is magnificently embodied by young actor Tom Gronau. The 23-year-old was born in Schleswig-Holstein on July 22, 1997 and made his acting debut in 2015 in the popular children’s television series “Die Pfefferkörner”. Since 2018 he has been studying drama at the Babelsberg Film University in Potsdam.

The talented actor is no longer a stranger to the world of crime novels either: In 2016, he embodied the murder suspect Liam in the ZDF crime series “Under Other Circumstances”. He also got roles in the TV series “SOKO”, “Notruf Hafenkante” and “Der Alte”. He made his cinema debut as a teenager Siggi Jepsen in 2019 in Christian Schwochow’s “German lesson”.

In “You should be holy!” Jonas Fleischhauer has to undergo exorcism for three years, twice a week. Exorcism is a religious practice in which demons are driven out of a person, animal or object. Exorcism consists primarily of prayers, blessings and incantations. God is asked to free those affected from evil. “Exorcism is widespread in Poland,” writer Hendrick Hölzemann (44) explains to rbb.

“There are called exorcists and even some who hold liberation services in large stadiums and are celebrated like pop stars.” In Poland, exorcists can only be named by the Catholic Church. In Germany, freelance preachers tend to work in this field. The belief that people can be obsessed with the “devil” persists to this day. In 2017 Pope Francis (83) even described exorcists as “indispensable”. But it is not only against “evil”. “In Poland, for example, attempts are made to cure ‘diseases’ such as homosexuality with the help of exorcisms,” added Hölzemann.

In “police call 110” a trisomy 18 is found in the unborn child. Edwards syndrome is a genome mutation that affects the 18th chromosome. The chromosome is present in the body cells three times instead of usually twice, which is associated with a high mortality rate among the children. 95 percent of the fetuses still die in the womb. Half of all newborns die within the first six days. Only 15 percent of girls who are sick reach the age of five.

The infants are often very small, have problems with the internal organs and usually have a heart defect. If the fetuses survive in the womb, the children learn gross motor skills such as sitting or standing much later than healthy children. They can only speak very rarely. During pregnancy it is possible to diagnose trisomy 18 with a high degree of certainty using a chromosome analysis. There is still no treatment.

Olga Lenski’s fans must be strong this year. Because the actress Maria Simon will devote herself to new goals in 2022 and will leave the “police call 110”. Since 2011 she has been the main inspector Lenski, only alongside police chief Horst Krause (78). She has been working with Adam Raczek aka Lucas Gregorowicz since 2015. In autumn 2022 she will be seen in her role for the last time. Who Adam Raczek will continue to investigate at the Swiecko Police Department is still open.